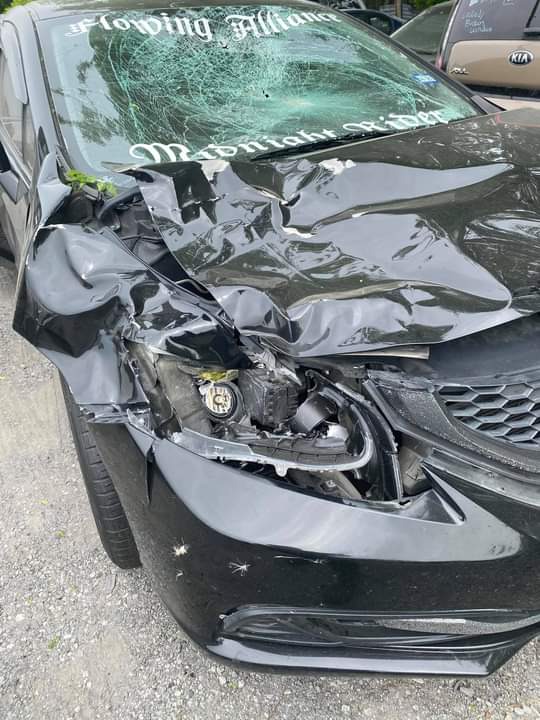 A good Samaritan Dr Kwame Assumne has been crying after a driver he tried saving in the afternoon was pronounced this evening. Kwame who is a doctor himself, was at the theatre in Nkawkaw when the nurses brought a call of his mother's serious alignment phone call to him. He attended to the call after the surgery and the mother had been rushed to the Goaso hospital after collapsing. Kwame got into his car and drove from Nkawkaw in the Eastern region to Goaso in the Ahafo Region to see the mother before something bad happened. He passed through Kumasi and was on the Kumasi to Sunyani highway when he came across the accident that almost took his breath away.

Kumasi to Sunyani highway is one of the numerous highways in the northern sector which links Kumasi to the northern regions and Bono Ahafo regions. Three kilometres after Pentia, a town in the Ahafo Region which is closer to Goaso was when Assumne saw a Honda in the district. He overtook the car and saw from his dashboard through his back cameras what happened to be an accident. Many drivers have used the road and were still using the road but none of them stopped to know why the car was parked wrongfully.

Assumne parked and went to the accident car and fortunately for him, there was still a victim in the car, who was the driver. The driver might have had an accident with someone and the person didn't stop and drove away without helping the other one. The other car might have shivered and run because of fear of the driver of the Honda dying after the crash. Assumne called the national ambulance service six times and couldn't reach them because of the bad network at the place. He couldn't watch the victim of the accident die and attended to him and was able to sedate him before rushing him to the hospital.

Blood was all over the driver and he seemed dead but Assumne did not lose hope and tried his medical training right on the driver at the accident scene when the bad networks weren't making him reach paramedics. He tried stopping other cars to help him carry the driver to his car and that was when other cars found out the car has an accident and together with their help, Assumne was able to drive the sedated accident driver from Pentia to Goaso municipal hospital which was near him.

Doctors gave him much attention when they found it was an emergency and Assumne was also a doctor and did whatever they could but death did not allow them to win, as it took the poor innocent driver with him. Assumne could not be himself when his colleague doctors from the hospital announced the death of the driver to him. Assumne had a passion for his job and become saddened when he loses a soul. He was the first responder to the injured driver and that made him become his patient before he died. The driver's body has been deposited in the morgue waiting for his family members to arrive before doctors announce his death to them. One of the brothers of the driver was calling to find out where he was and whether he was still coming for their niece's funeral, and that was when Assume brief them about the accident but never told them of his death because of fear of harming them. They are waiting for family to arrive before briefing them about the driver's death. The driver has been identified as Christopher Benson and was going for a funeral in his hometown in Tepa when the accident happened. How the accident happened, only Christopher could have explained but he is no more. 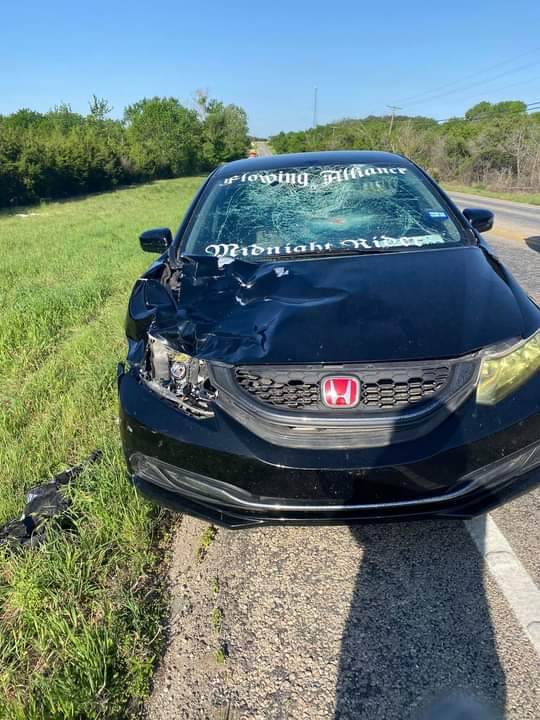 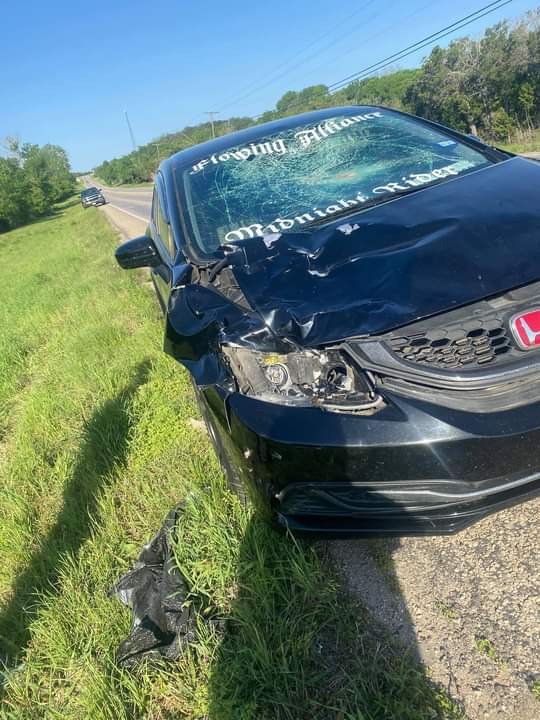