A Record Number 5,000 African Migrants Reach Spain In A Single Day And AuthoritiesFear It Would Rise 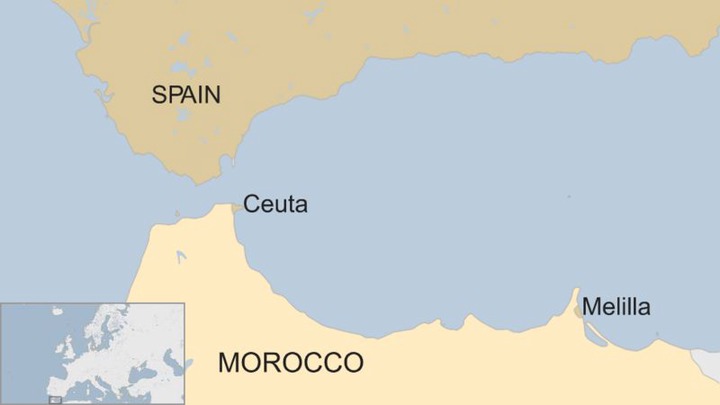 They are said to be mostly from Morocco. Spanish media says Moroccan border guards did not stop them.

It's been over the years that spain's Ceuta and Melilla have become magnets for African migrants. 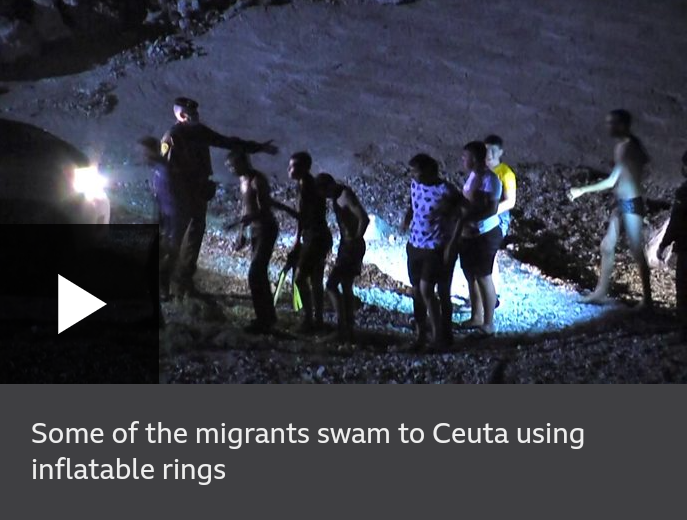 They were taken to a migrant reception centre. But as more turned up later in the day, officials said the number had risen to 5,000 an unprecedented figure which they warned could rise further.

However, Spanish Foreign Minister Arancha González Laya said some migrants have already been sent back home.

Authorities says last month, more than 100 migrants arrived in spain and most of them were sent back, except about 30 minors whose ages were confirmed by medical tests.

The EU border force Frontex reports that illegal migration to Spain's Canary Islands off the Moroccan coast has surged this year. In most cases sub-Saharan Africans make journeys in rickety boats and drowning is common.

However, the overall numbers of undocumented migrants reaching Europe so far this year remain far below the levels seen in 2015-2016.

The Religious Situation In Ghana…

Even Niger Has Shower inside Their Presidential Jets: Tilapia Drops New Controversial Cartoon.