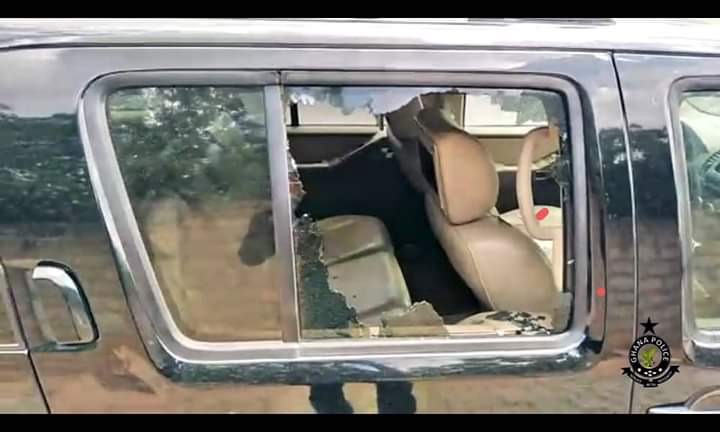 A man whose name is withheld reportedly attacked a vehicle, on GIMPA road in Accra, smashing the car and attempted running into a nearby bush.

According to a statement by the Ghana Police, the man attacked the driver of a Nissan Pathfinder with registration number GE-8088-11 on the GIMPA- Fiesta Royale road in Accra.

In the afternoon of 2:00pm, 11 June 2021, the man threw a big rock on the vehicle smashing its glass door, but tried to escape into a nearby bush when the driver drew the attention of police officers on patrol on that stretch.

The man according to the police is, now in detention and assisting in investigations.

As things stand, he is accused of attempted robbery and other charges.

About 2:00pm today, 11th June, 2021, Police arrested a man who attacked the driver of a Nissan Pathfinder with registration number GE-8088-11 on the GIMPA- Fiesta Royale road in Accra, for attempted robbery and other charges. The man was arrested when he threw a big stone at the vehicle, smashing its glass door, but attempted to escape into a nearby bush when the driver drew the attention of police officers on patrol on that stretch. The man is in police custody pending due processes.