I accept that I killed the passengers; Ghanaians should forgive me - Joynews TV features Mark Mireku, a driver

By Kwabenagossiper (self meida writer) | 19 days

This driver is in Prison now serving for 5 years. He was jailed after he caused an accident which killed over 30 people in his passenger car. This driver was guilty for driving carelessly. He has done many interviews in prison and this time, Joynews TV featured his interview.

According to this Mark Mireku, he has accepted that he caused the accident. According to him, he thought no car was coming and that, decided to drive fast and escape which resulted in the accident. For him, he deserves to be in prison for killing those people in accident.

” I accept that I caused the accident that killed these people; Ghanaians should forgive me ”. He said. 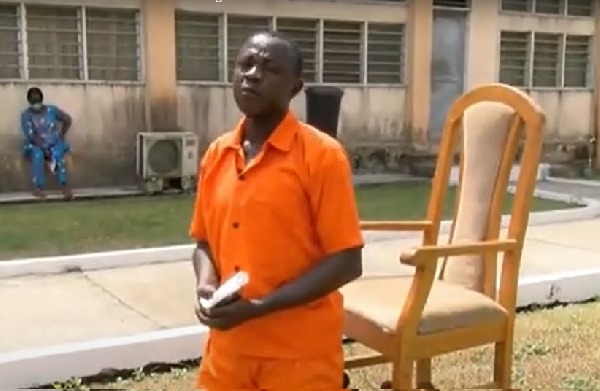 After saying these things and giving off his apology, he decided to advice drivers.

Mr Mireku used the platform to admonish drivers that they shouldn't drive anyhow. They should obey all the road signs. In conclusion, he suggested that he will need a platform after serving in prison that will allow him to advice drivers.