Two people have been confirmed dead at Santasi after a deadly accident this evening. The two; all-female, died on the spot of the accident while the remaining three victims has been taken to the hospital for emergency care. 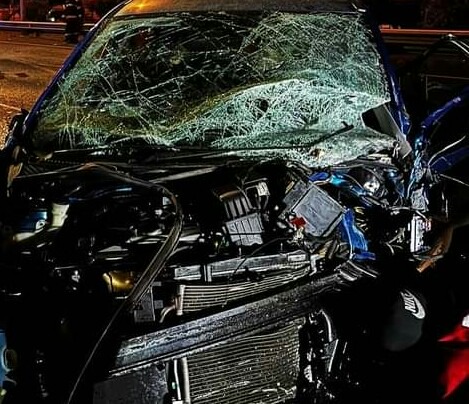 The drivers are not ready to listen and they are not willing to limit their speed so the only thing that can save the day, is a speed ramp. I will not blame this accident on anything, either overspeeding or reckless driving but the lack of sped ramps. 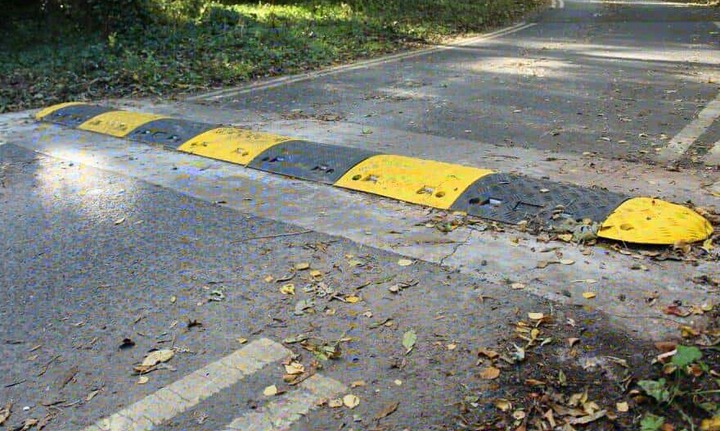 Will the driver had used speed if there was a speed ramp to check his speed, Robbert questioned after the accident. The accident which happened around 8 PM this evening, was alleged to have been caused by overspeeding but the eyewitness to the accident, Robbert Twumasi refused to confirm that and rather kept blaming the accident on the lack of speed ramps on the Santasi highway from Allied Oil point to Santasi market.

The driver of the wrecked Toyota Cam,ry sedan, was branching off from the main road onto the Allied Oil junction road when a pedestrian crossed him. The driver who was speeding, could not limit his speed and crashed the pedestrian to death. 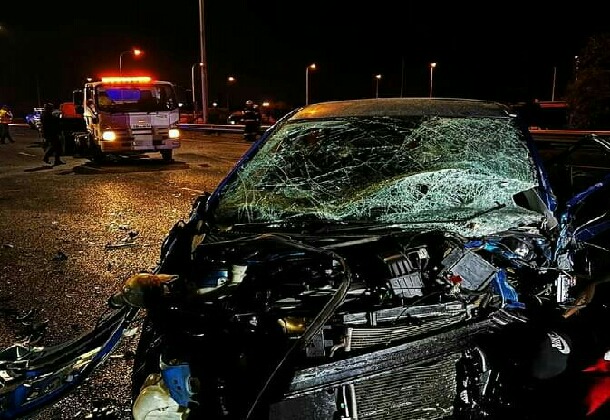 The decrease, yet to be named, rolled for four times in the air before hitting the windscreen after she was first hit off the road by the front bonnet. The driver of the sedan, Evans Otchere, sustained serious injuries as the debris from the windscreen splashed onto his face.

Two people sitting at the back seat of the vehicle, all female, sustained various injuries whiles the front seat passenger, another female was confirmed dead when she was rescued from the car. She had hit her on the dashboard of the car, Twumasi confirmed. 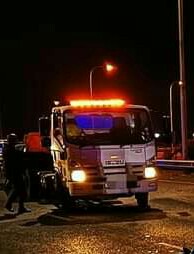 Logik 'lectures' popular female musician : I have money to sponsor your 'body' but not your talent

Accra and flooding are just like twins always moving together.