How can you dodge a pothole in the middle of a highway, residents of Nante; a community village on the Techiman to Kintampo road, questioned the tipper truck driver after causing a deadly road accident this morning. This is a complete murder and no excuses can explain this, Israel Boamah said in his narration. 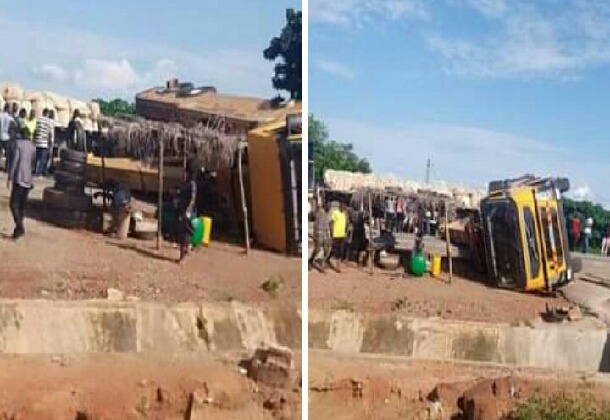 From the Nante pole side, before the road market, lies a pothole which most drivers like sedans and mini cars dodge anytime they get there. The pothole according to Israel's narration, is not bigger hole but because of the nature of tyres the small cars possess, they dodge the pothole to save their car exhaust pipes from crashing and that is why a taxi Toyota hatchback did before the tipper truck crashed into the Volvo truck.

The tipper truck loaded with cement, was going to do offloading at a retail shop in Kintampo when he moved from his road (Techiman to Kintampo) and used the incoming road (Kintampo to Techiman) because of a pothole in front of him. The taxi driver driving from Nante to Saaku, another village town along the highway, was driving ahead of the cement tipper truck when it suddenly came close to the pothole. 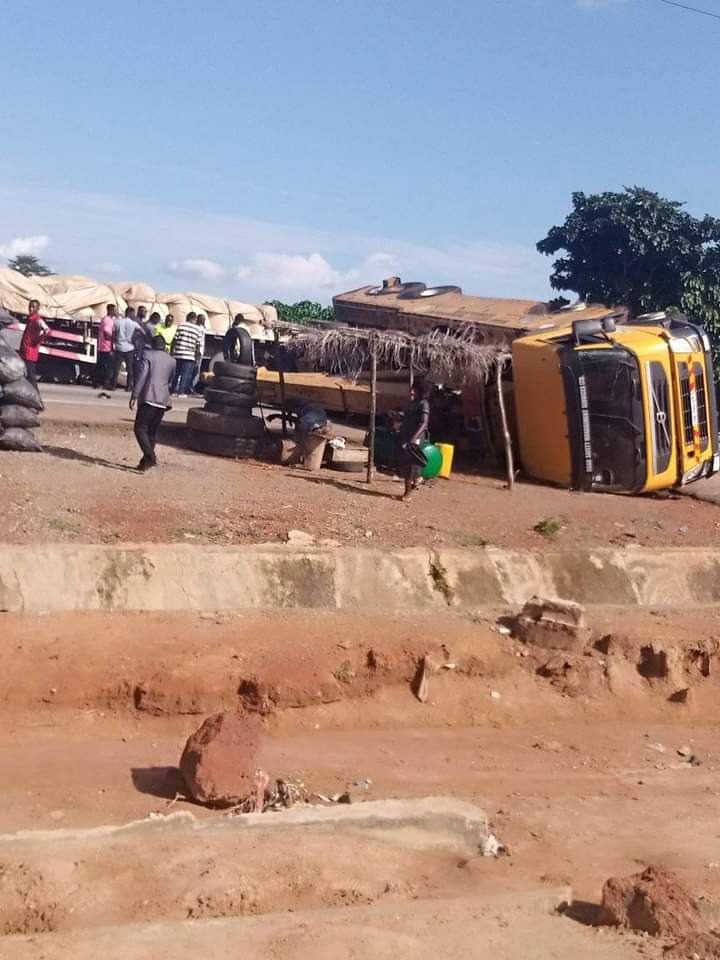 In other not to crash into the pothole, the taxi driver manoeuvred from his road and used the incoming road to save his exhaust pipes from hitting the pothole. The tipper truck, with its heightened exhausts and bigger tyres, could have walked on the pothole without any problem but tried following the taxi in dodging the pothole and that cause him into crashing the Volvo truck.

The Volvo driver with his left hand on his driver's door, had all the fingers to the left hand shrinking to pieces on the road after the truck collapsed at the Nante market avenue. Israel, an eyewitness assisting his wife with farm produces at the market, narrated that, it was a good call the Volvo truck driver took by not crashing into the market. If the truck driver should have crashed into the market, we would have all died. He made a very sensible call into crashing the gutters and that saved all of us here but unfortunately killed him. 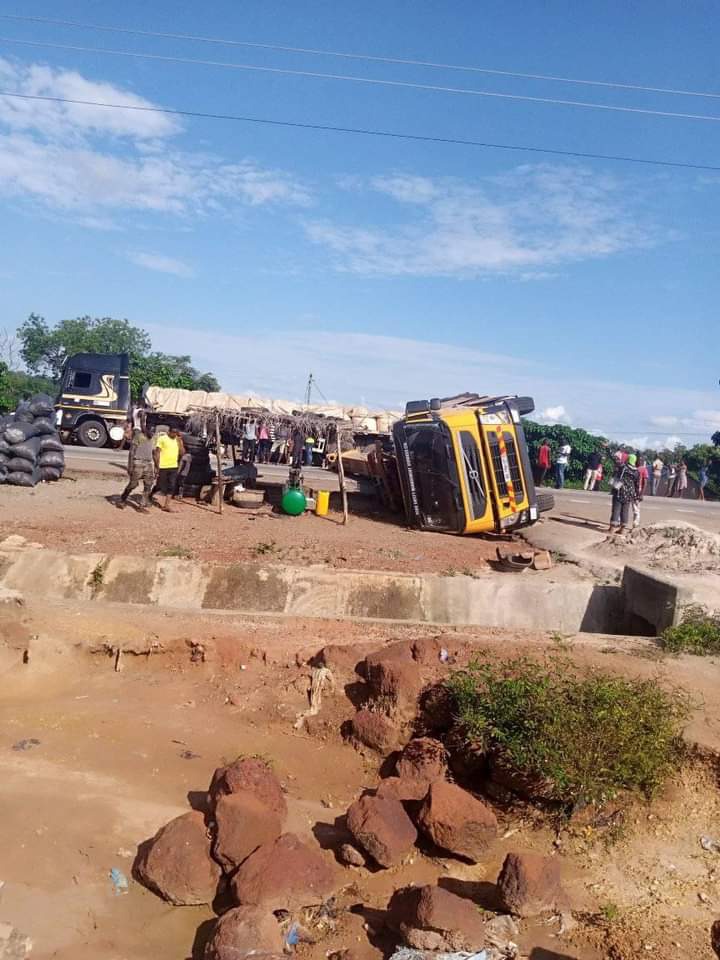 The fault is completely from the cement driver, and if he had stayed in his lane, all this wouldn't have happened. He has killed the truck driver for no reason, Israel Boamah added. The deceased driver of the Volvo truck has been taken to the Assenso Mortuary in Techiman after he was confirmed dead in the morning. The police of Techiman is still at the scene of the accident directing traffic as towing trucks prepares to tow the cement long vehicle from the highway.

If You Desire To Look Presentable During occasions, See Colorful Dress Ideas Made For Graceful Women