By Edoukwah (self meida writer) | 1 months

This sad incident occurred at Tesano around the Apenkwa junction. A Hyundai car, a "trotro", which is believed to have come from Asamankese according to an eyewitness and reporter was speeding up and when the traffic lights turned to red, due to the high level of speed, the driver couldn't control the brake which led the car to crash a trailer with loads of onions in front of it. The trailer had faults so it was parked at where it was but it could be seen that the driver of the "trotro" didn't notice. This was because there was no "triangle" sign to determine the car was faulty. This made the driver of the car die on the spot. There was under person seated at the front seat. This passenger or let me say person seated in front also lose his life.

The state of the yellow car, I mean the "trotro", cannot be explained as it can be noticed that the speed was very high. 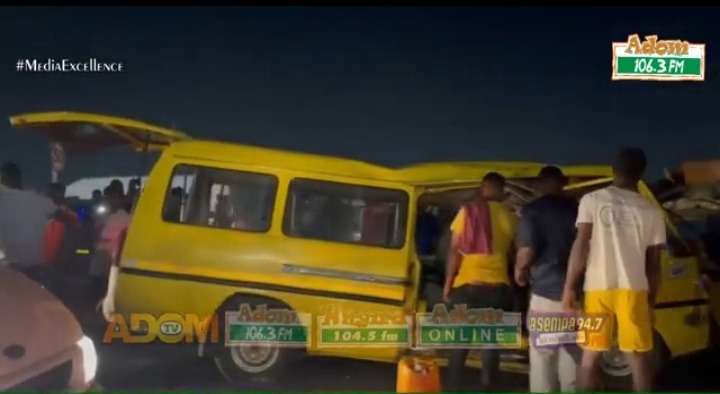 From the explanation given by the eyewitness, you can automatically conclude that it was the fault of the trailer which has resulted in the death of two people. I'm saying this because, if there was any sign that the trailer was faulty, I don't think the "trotro" driver would have even used that direction. 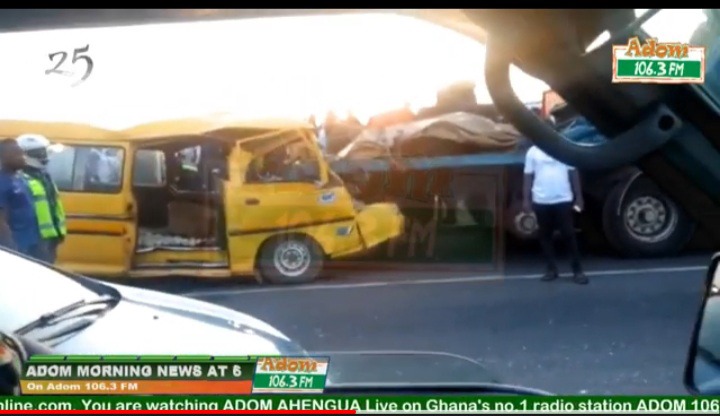 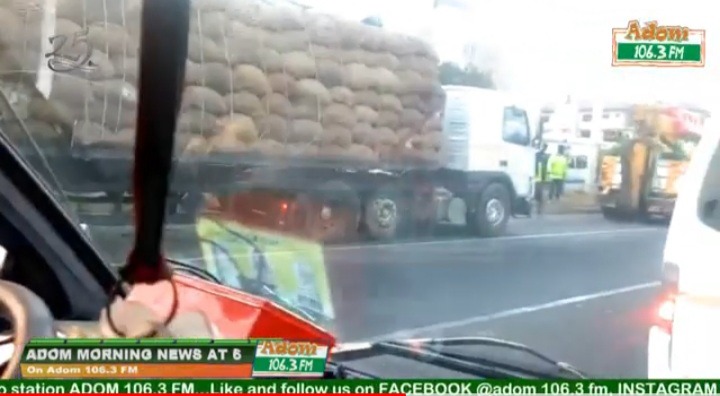 Early morning like this and two lives have been claimed through road accident. May their souls rest in peace.