The Ejura Committee is still sitting to elicit more evidence from eyewitnesses to the heinous incident that bedeviled the Ejura community in June this year. Many have come to testify before the committee. Some include the Ashanti Regional Minister, Simon Osei Mensah, the Army Commander of the Ashanti region, and the Ejura MCE, Salifu Bamba.

But all their narrations have not been as traumatic as that of the witnesses who are appearing before the committee today.

One of them is Abdul Nasir Yusif who had his brother amongst the three who were shot and killed by the military on the day of the disturbances.

According to him, he was able to count about seven (7) or eight (8) soldiers who had entered the community to help calm the tensions down. He said one of them shot in his direction and tried to shoot again. 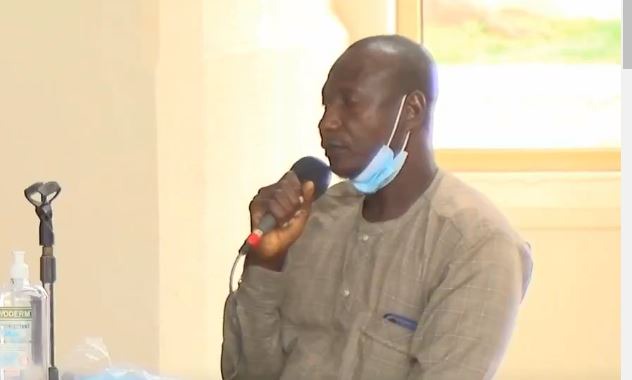 “Immediately I decided to move away, I saw one of the bullets run over my head and hit a transformer. I then saw one of the military men knelt down and shot his gun”. He sadly narrated to the Committee through an interpreter. My, Lord, he got up, squat again, and shot. Abdul Nasir Yusif then took his motorbike, used the public park, and went to the office

According to him, it was when he had gotten to the Ghana Education Service office, where he works, that he had the phone call concerning the sad news that had hit him and the family. It was his brother who has been hit by a bullet and died instantly.

He narrated that when got to the office and climbed upstairs, then someone called him that his brother has been killed. He said he tried to enquire from the person whether it was really true because he was standing there when the gunshots began, or it could be the case that he has been hit by a bullet, but not necessarily dead.

The sad stories emerging from the Ejura Committee sitting show the Military who were at the scene on the day did not help the situation. The military has indicated that the officer who squatted did not fire any gunshot but the account of Abdul Nasir Yusif has provided counterclaims. Per his account, Nasir Abdul Yusif saw the officer who squatted and shot at the crowd. Let’s all wait for the committee to conclude their investigations.