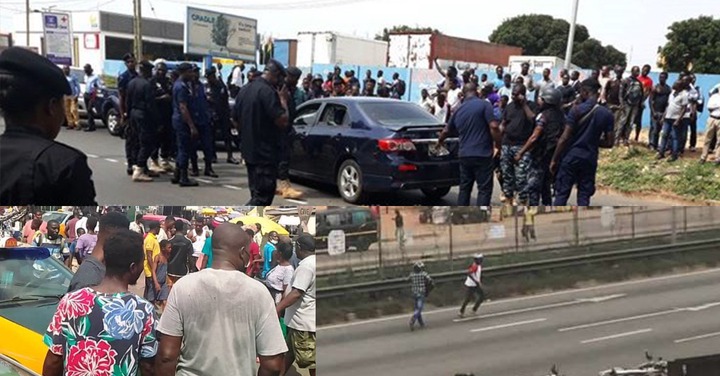 It was one of such tip-offs at Ekuaso in the Eastern Region of Ghana that led to the exchange of gunshots with the Police Officers assigned. There was information from a source that some young men were in the possession of heavy ammunition that needed the attention of the Police. As a law enforcement agency, they listened to the call, and some police officers were quickly mobilized from the National Operations directorate.

They collaborated with some police patrol teams and stormed the location. In no time, the armed police officers arrived at the scene on Tuesday, June 29, 2021. Upon arrival, the police having in mind that the suspects can ambush them positioned themselves at strategic locations. The building of the targets was surrounded and some officers entered the room.

The entire place was quiet, making the police believe there was no one in the room. They were about to carry out their raid and confiscate the weapons of these suspected armed robbers when one of them whose name is immediately unknown opened fire from his hideout in one of the rooms. He was fearless and ready to die no matter the consequences.

Unfortunately, one of the police officers was affected. He sustained serious gunshot wounds and had two of his fingers injured. But the Police retaliated by also opening fire at the armed robber. He was subsequently gunned down. However, another suspect was captured outside the building. As the police were escorting him to the National headquarters, he tried to forcefully grab a gun of a police officer but he was not smart enough. He was rather gunned down as well. 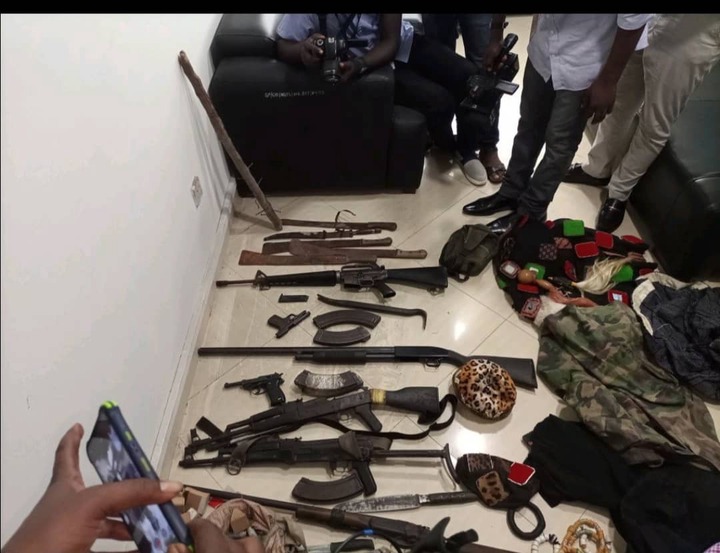 Even though it was a successful operation, the police could not jubilate as one of their own was lying in a pool of blood with a severe gunshot wound on his two fingers. They quickly rushed him to the Police Hospital where he is currently receiving treatment. some weapons were confiscated from the location. They included 1 M16 rifle, 1 AK47 assault rifle, one pump action gun, one short gun, a locally manufactured pistol, cartridges, and many others. The details were revealed in a media engagement by the CID Boss, Mr. Ken Yeboah. 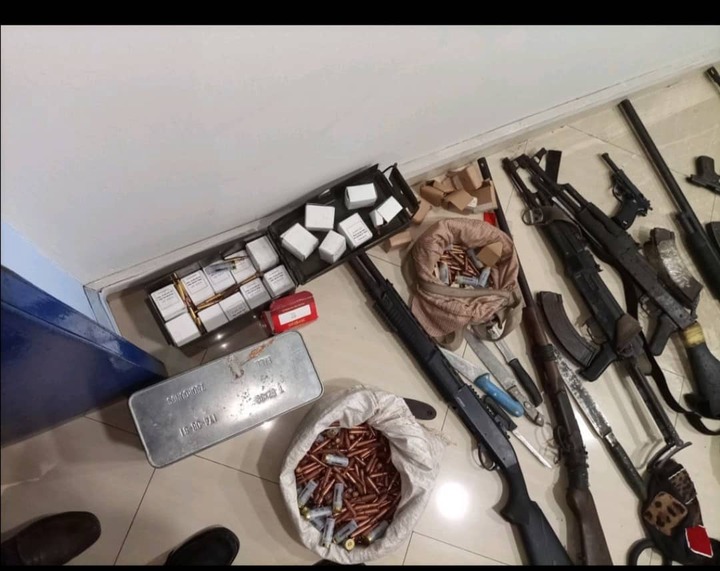 The development brings into question how these armed robbers are able to acquire their ammunition. Some ammunitions are required by law to be handled by only security officers but armed robbers still have access. It must be tackled from the source so that these arms may not find their way into the country in the first place. Local manufactures of guns must as well be fish out.