By Followtheboss (self media writer) | 3 months ago

After two buses collided near Gomoa Mampong on the Kasoa-Winneba Highway in the Central Region, ten people were reported dead.

Several people were seriously injured as a result of the tragedy, which occurred on Sunday, August 22.

For treatment, the injured were brought to the Winneba Trauma Hospital.

Six men and four women are alleged to be among the dead.

The two buses are believed to have conducted an improper overtake, which resulted in the gruesome occurrence.

Two people are said to have survived the tragedy. 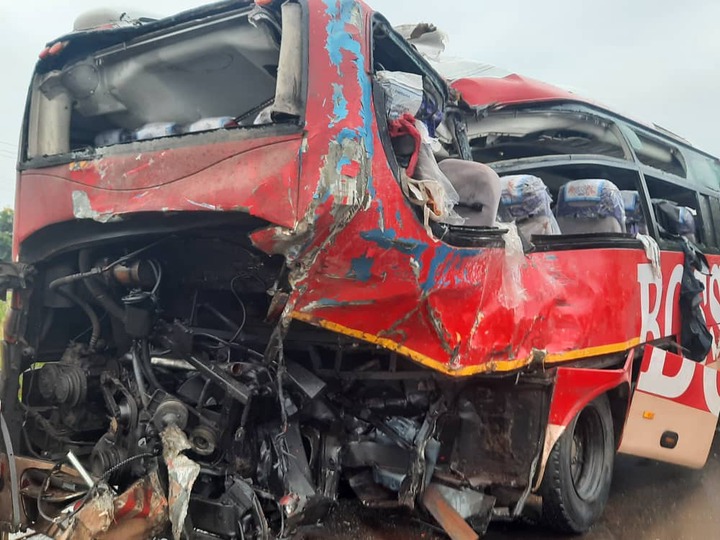 Henry Asiedu, a Winneba Municipal Fire Officer who corroborated the occurrence, said that when his officers arrived on the site, they immediately went to work freeing people stuck in the buses.

“My men were able to free roughly five people who were trapped,” says the narrator. “Two of them died, but we have about ten casualties in total,” he stated.

In the meantime, the ten bodies have been taken to the Winneba Trauma morgue.