Abesim Fridge Killings: Have A Look At The Coffin Used For The Burial Of One Of The Kids 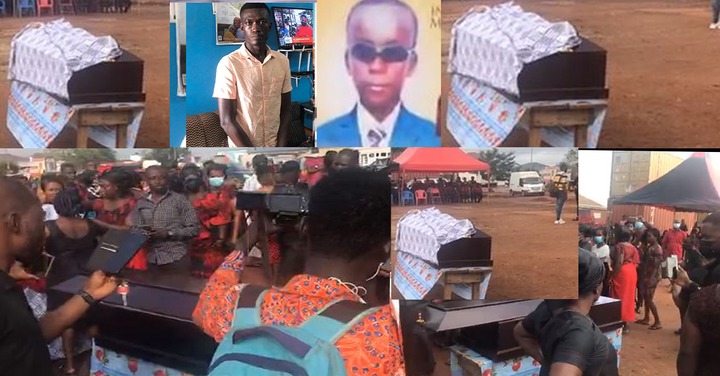 It all tears and sorrow at Alaska Junction when the body of one of the young boys killed by Richard Appiah was laid to rest. The crowd was massive and the atmosphere was a very sad one. Black, red, and white apparel to signal funeral in the African tradition setting was all over the funeral grounds and the tears could not be controlled.

Friends, sympathizers, family members, and loved ones gathered in their numbers to pay their last respect to the young boy. Fifteen-year-old Stephen Sarpong was one of the young boys who was killed at Alaska Junction a few months ago. The killer prepared the bodies and dumped them in a fridge in his room for reasons best known to him. 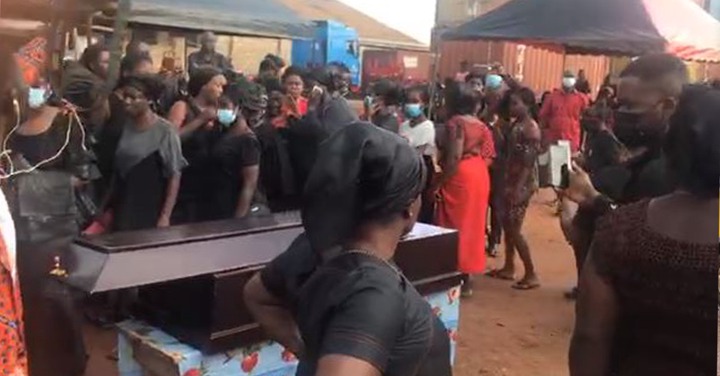 The police picked up the pieces and conducted an autopsy to know whether the body parts were intact, they are done with their examinations and all the needed evidence to help the case and it was time for the family to organize a befitting funeral for their loss. The body of the young boy was laid in the middle of the funeral grounds for people to file past it. 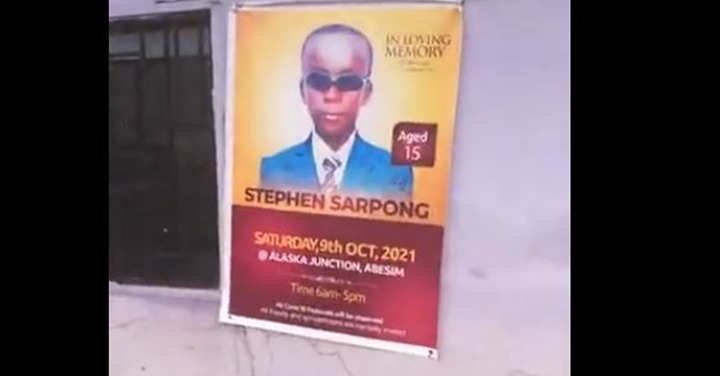 Since his death generated national interest, many people from across the country besieged the premise to have a look at the body before it was finally conveyed to the cemetery. The coffin used for his burial was half-opened for sympathizers to have a look at his face. The coffin is designed with a coffee color and looks very sleek. Since he is a young boy, the size of the coffin was reduced to fit his height. 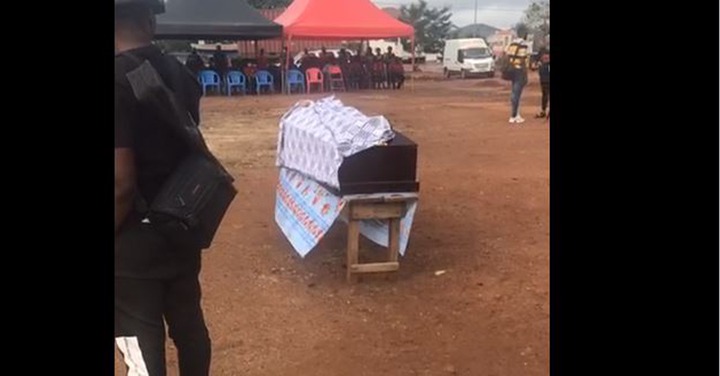 A white cloth was later used to cover the coffin after all the sympathizers had finished looking. His father, who was the last person to see the face of his lifeless son could not hold his tears. He was very sad to know that his beloved son was truly gone and will never come back to life again. He revealed that his son was very clever and always had good dreams to achieve something better in the future. 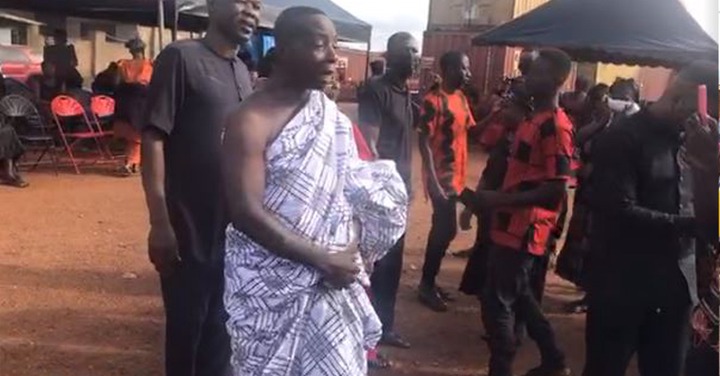 However, Richard Appiah, the man behind all the killings has ended the dreams of the young boy. The coffin containing the young boy (Stephen Sarpong) was conveyed to Dua Yaw Nkwanta where his parents hail from for the final burial. In the meantime, the killer, Richard Appiah is currently facing trial after confessing to committing the crime and will be made to face his sins when found guilty by the court.

Shatta wale and three others remanded in police custody.

Emotional Moment Crying Fella Makafui Was Stopped From Holding Medikal's Hand As He Was Sent Away.