The commercial bus, ‘trotro’, driver appeared today on Angel Television with the victim who was robbed by the two suspects. They explained the incident with much sorrow.

The driver appealed for support from the general public as he laments that the owner of the urvan bus is asking for his vehicle as soon as possible.

Meanwhile the injured victim, Mad. Cardinal Lawrence Mensah is also pleading to the general public for assistant to generate her money back. She explained that –that was her capital.

A robbery activity occured at Antieku –Sowutuom in the Greater Accra. Two suspected robbers attacked a fruit seller who was preparing for her daily activity. The incident occurred at the roadside where the victim was gathering her fruits.

According to the urvan bus driver, he saw the suspects on a Motorbike as one of them came down as if he wants to buy some of the victim's fruits. To his astonishment the suspect pulled a knife and began to stab her asking for money.

According to the victim, Mad. Lawrence Mensah, she kept on telling the suspect that the money was in a bag around her neck but he payed no attention but continued to stab her until he stopped and took the money and jumped on the motorbike and took off.

Meanwhile the driver, who was a witness of a robbery incident carried out by the two suspects, hit the two in an attempt to stop them from speeding off. The two suspects falled in a gutter while the 'trotro' somersaulted several times before finally settling. 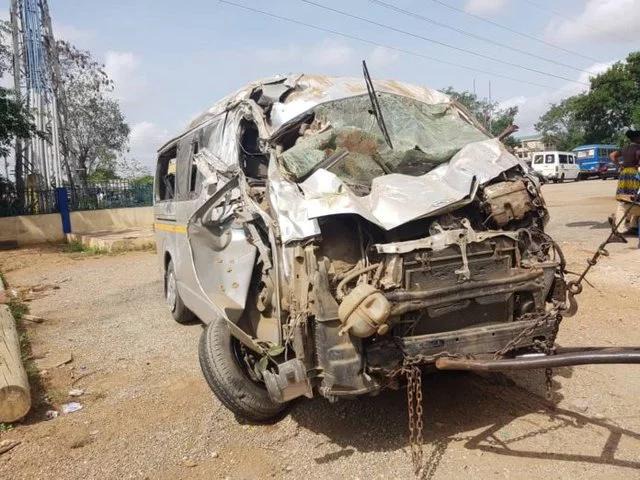 Meanwhile the passengers said to have cried out to the driver to stopped upon noticing his intentions but to no avail.

According to Police report, the were 11 passengers in the urvan bus. Meanwhile 4 were severely injured and was rushed to the Ga South Municipal Hospital while the other seven sustained some minor injuries.

The two robbers are reportedly taken to the police custody for further investigations and any necessary judgement. 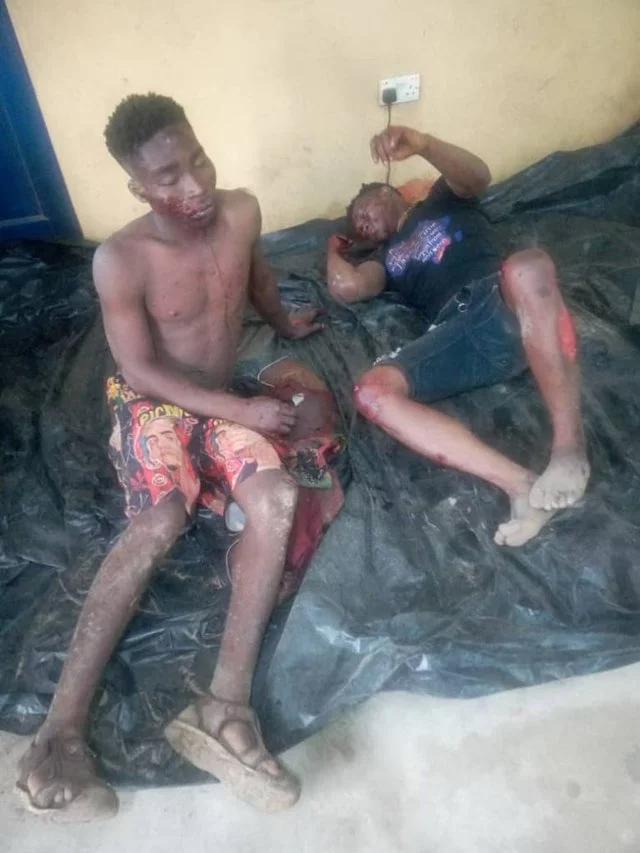 Some of the passengers who incurred several minor injuries are fumed and expressed their anxiety to the driver. They described the driver's action as unnecessary and risky.

Meanwhile the owner of the 'trotro' bus is asking the driver to produce his vehicle as soon as possible.

The woman reported that Gh¢2,400 was the amount that the robbers took after injuring her.