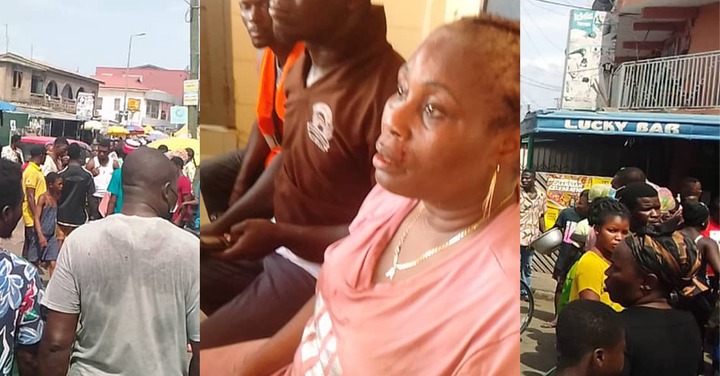 “Someone could have saved my husband. I saw them killing him whilst the crowd looks on in broad daylight. Now my husband is dead with no one coming to his rescue”. These were the words of Monica Ndaa, whose husband was killed in a broad daylight robbery at Takoradi.

It all happened at the Takoradi Market Circle on Monday, April 12, 2021, when four armed robbers from nowhere attacked a Ghanaian wife and husband who had just returned from Switzerland.

They were in Takoradi to spend some good moments with the sister of the wife. The wife, whose name has been given as Monica Ndaa was with the husband, Charles Korankye to purchase some building materials at the Central Business District of Takoradi. 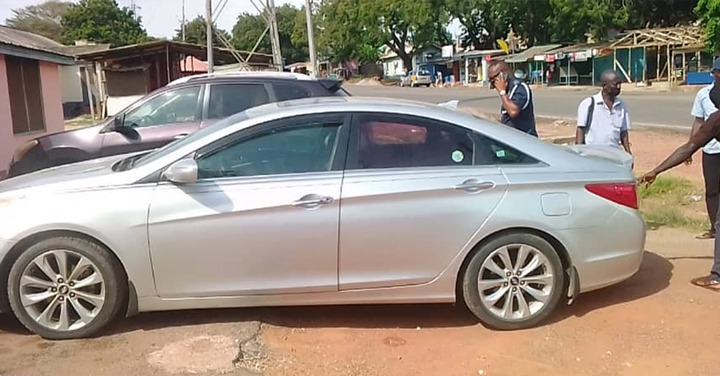 Their grey Hyundai Sonata car was parked and they were waiting for their plumber to bring them a list when six armed men entered the car from nowhere.

These armed men came with two motorbikes and guns fully loaded with bullets. Two of the armed robbers entered the car and demanded all their monies at gunpoint whilst the remaining stood outside with guns to prevent outsiders from intervening. 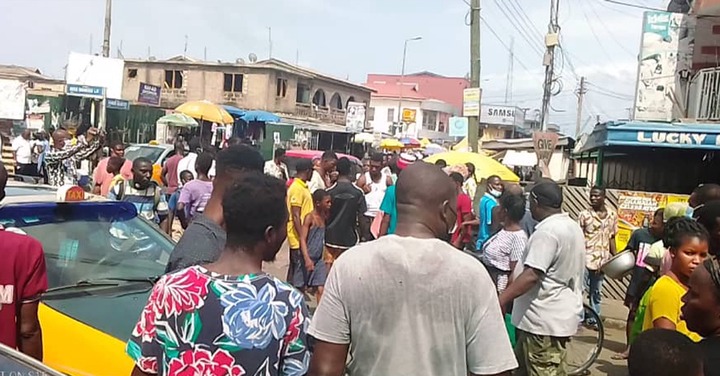 Onlookers at the scene

They took away all the monies in the possession of the couple including mobile phones and other documents but they did not spare the husband.

The armed robbers shot him multiple times in the rib and bolted with the money and other items. A taxi driver who was at the scene quickly rushed the wounded man to the European Hospital but he was pronounced dead on arrival.

The traumatized wife was seen sitting at the hospital helplessly with tears all over her eyes. All she could be heard saying was that her husband could have been saved if the numerous crowd that gathered had intervened.

“So everybody was just looking on whilst these armed robbers shoot at my husband multiple times. The people of Takoradi could not save my husband. Now he is no more. I have no idea what to tell his mother. The dejected wife, Monica Ndaa narrated. 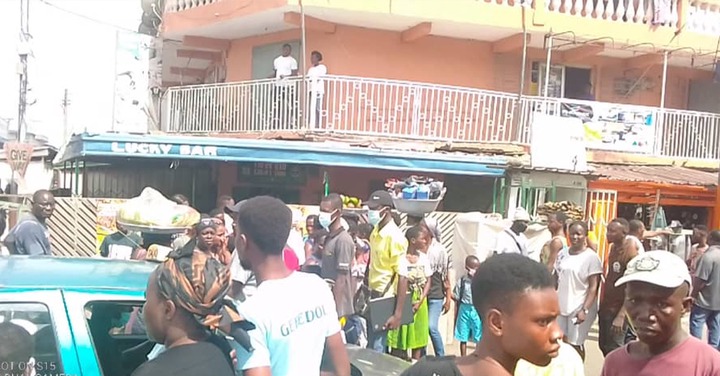 Onlookers at the scene

According to her, the husband would have turned sixty-two years in May 2021. They had returned from Switzerland to Ghana for just one week.

A sister to Monica Ndaa, Sabina Annan expressed disappointment at the level of security in Takoradi. According to her, the armed robbers took some time in the act and if the Police visibility was high, the situation could have been saved.