Thanks to the police, we have him at Ho Teaching Hospital but he is unconscious and hasn't been responding fully to the treatment. At this stage, family support will be very much in need as people like these, need the help of familiar voices to sometimes come back to life, Fr. Dr Asiamah Dave said on Ho FM 92.5. The Medical Doctor and Reverend Father in his weekly Take Your Health Serious talks, ended the medical teachings with an emotional appeal to the people of Ho and Ghanaians, in general, to help locate the family of an unconscious man. 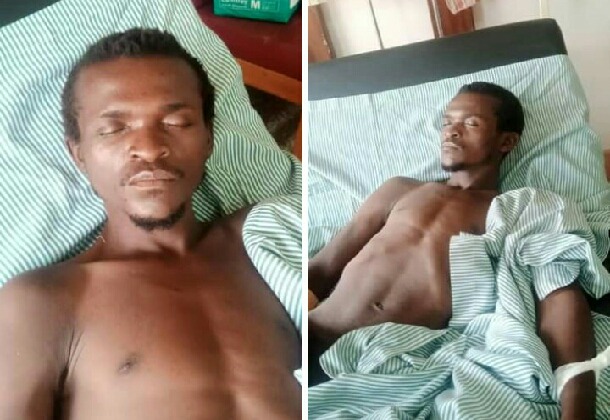 The Ho Teaching Hospital on September 19, 2021, received a presumed dead body from the Ho Police Department. The police had anticipated the man to be dead but after several medical tests, it was confirmed the man wasn't dead as the police had anticipated because of lack of movements from his sensory nerves. The police did their work by first bringing him to the hospital for checks and after our checks, it was concluded he was still alive in coma, and not dead.

The hospital has done their best and will continue to do their best in the support of medical healing, but right now we need the support of the family to come to identify him and help us deal with his past medical records and by that, we can all work to revive him to back to life, the Medical Doctor said as he explained the man's condition to the listeners. Dr Dave confirmed that the unidentified man was hit by an unknown driver on the Ho to Hohoe road on the night of 18 September 2021.

The Ho police through received calls on 19 September, attended to the calls only to find the man without movement from his organs. He was not breathing and had lost lots of blood when the police found him, but he was able to be stabilised by Ho Teaching Hospital after he arrived at the hospital. The man is currently unconscious at the male's ward of the hospital but doctors are unable to confirm when he can regain his unconsciousness.

Cases like these are extremely difficult to control without a closer family relative or friend as Fr. Dr Dave Asiamah lamented on the radio this morning. Though the man is still receiving treatment, but without the help of closure from family or friends, it becomes difficult for such people to regain from their unconsciousness and sometimes dies through their treatment.

According to the doctor, a relative or close friend sitting by the man speaking close words to him will help regain his strength. Things he used to like, favourite plays, games or whatever he did frequently while alive can be communicated to bring him back to life faster than drugs. These are psychological treatment which has proven to work numerous times when traditional drugs are taking longer to work.

The doctor believes with closure from family and friends, the unconscious man will be able to regain his life faster. The man with no tribal marks on his face has been on admission at the hospital since September 19 and is still in a coma at the hospital as of now but medical officers believe strongly that, with the family found, the man can fully regain his strength through psychological bonding.