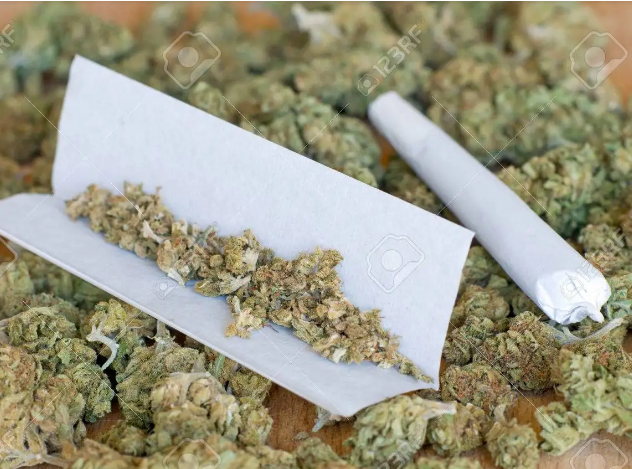 Whiles the country is doing its best to prevent the legalisation of marijuana due to its adverse effects on people especially the youth, a church in Osubeng in Kwahu South Municipality known as Yahuda Church is seriously encouraging its members to smoke.

Residents of Osubeng have petitioned authorities to close down the church considering their abhorred practices. In an interview on Rainbow Radio 87.5 during Nyankonton Mu Nsem, the angry residents explained that since the establishment of the church, they have recruited about 30 young people and during church service the members are encouraged to smoke which is a threat to the youth and children in the area.

What sparked up this issue was a recent assault by some of the church members on two young people who were accused of stealing a bag of cement meant for a church building project the victims of the assault from the alleged church members are Davis Kwaku Atta and Samuel Asiedu. It happened that Davis who is a mason’s apprentice with his master were keeping some bags of cement in the same place where the members of the said church were keeping theirs for a building project.

According to them a bag of cement was missing and Davis was their prime suspect. They further went on to assault Davis who found a way to escape and proceeded to attack Samuel the following day. The two have been admitted at the Komfo Anokye Teaching Hospital receiving treatment.

The Kwahu Praso Police have taken over the case and have proceeded to arrest three of the suspects Yahuda Makuus, Brother and Koose. The fourth suspect Gamay however has been on the run. The leaders of the town claim they have no idea of such happenings in the church and are pressing on to have the church closed down.

Content created and supplied by: Otu_Wendy (via Opera News )