I Run Out Of The Hospital With Only One Leg Because I Had No Money: Young Man Shared Sad Story.

Unexpected events can cause a great man to lose everything he has worked for in life, making him appear as if he has never accomplished anything. That is exactly what happened to Atta Kofi, who in a Facebook interview with Oheneba media described how he lost his leg in an accident and some of the tragedies that followed. 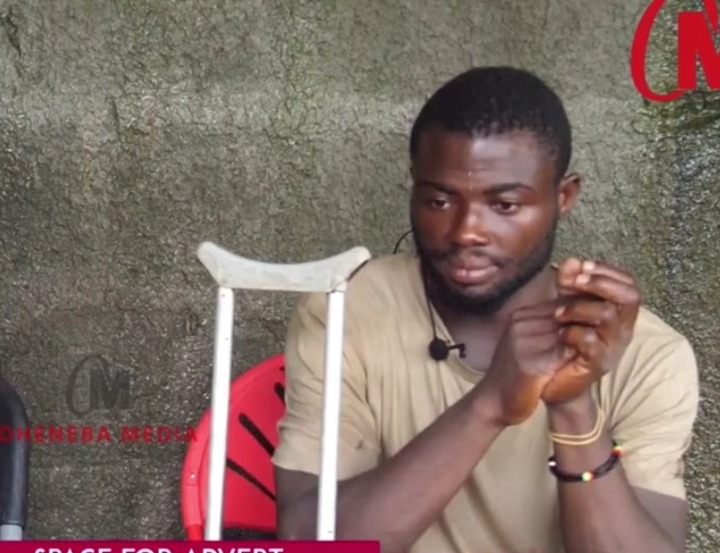 He is 25 years old and a pay loader machine operator, according to Atta Kofi in the interview. He explained that he had gone to work for this timber company in the forest, and that after they had loaded everything on a timber truck and finished for the day, they were supposed to return home from the forest, but that there was no other way to get back home except the truck, so they had to climb on top of the vehicle.

He went on to say that when they arrived, the truck was attempting to climb a slope but was unable to do so, and as a result, it became out of control and started moving backwards. When Atta Kofi realized what was going on, he decided to get out of the truck to avert an accident. As a result, he jumped off it, but something horrible happened to him. He said that he did not stand well as he leapt and fell, and then the vehicle drove over one of his legs.

They had to rush him to the hospital for surgery because the leg had been damaged. He stated he had no money to pay for the surgery when it was completed, so he fled. "I had no choice but to let them to operate on my leg since I was in constant pain and would die if they did not. However, once the surgery was completed and the wounds had healed, I was forced to flee the hospital due to a lack of funds to pay the bills." He went on to say that a month after he returned home, his former boss came to see him and gave him money so that he could return to the hospital and pay his bills. 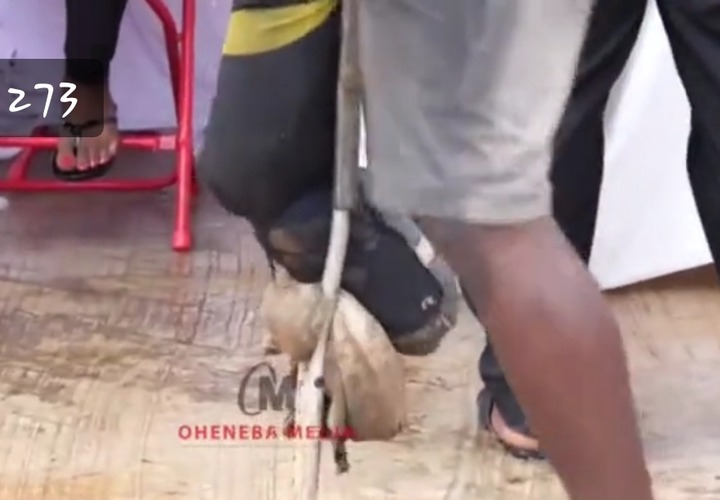 After the surgery, no one wanted to hire him because of his amputee, and as a result, life has become difficult for him, and he now finds it difficult to care for his wife and two children. He also claims that some people make fun of him because of his illness. "Sometimes, when I think about what I'm going through, I want to take my own life to end it all, but I don't because of my wife and children, and I try to provide for them every day as I could." 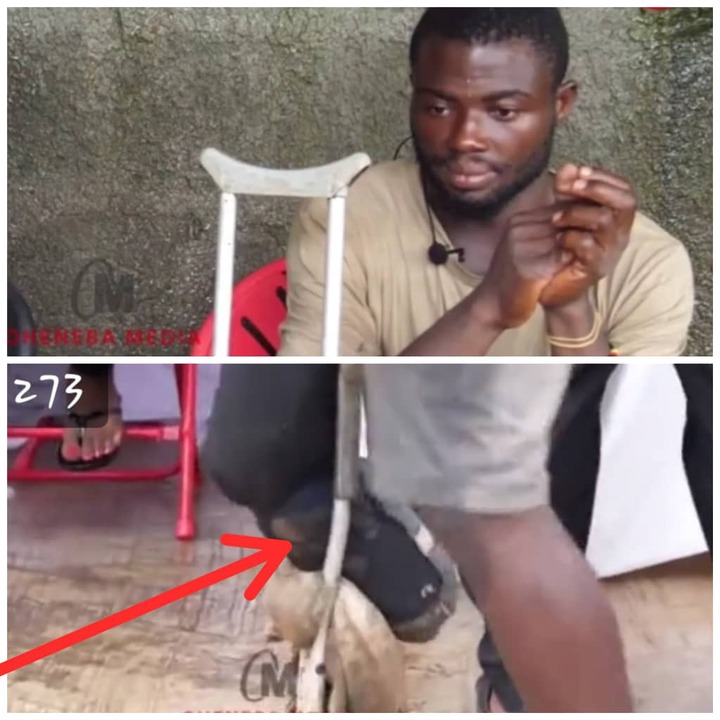 Despite the fact that things aren't the same as they used to be since no one wants to work with him, Atta claims that he hasn't given up on life and that he gets up every day to look for work so that he may care for his family.

My Wife Discovered I Had no Legs After Our Wedding, I Expected Her to Divorce me” – Man Narrates

Wicked armed robbers shoot another taxi driver in his head