By AccraBlogger (self meida writer) | 16 days

This year appears to be a year in which horrifying news has been reported from all over the country. More than 5 school-aged youngsters have committed suicide in the first seven months of the year 2021. Among the several examples documented, Pinaman's death was the most widely publicized. Something doesn't add up in all of these examples when viewed critically. In a true suicide, the victim's legs should be hanging in the air, but this was not the case in virtually all of the suicides that occurred this year.

The majority of the deceased had their legs touching the ground, indicating that they may have been murdered and then hanged to give the impression that they killed themselves.

A 12-year-old schoolgirl has tragically committed herself in Ghana's Western region, namely Nzema. The unidentified woman hanged herself on what appears to be a light pole in a plantain farm. When she died, she was observed wearing her school uniform. The cause of her death has yet to be determined.

She had her legs on the floor, as was typical, indicating that she could have been slain for money rituals and then hanged on a stake. What could possibly drive a 12-year-old girl to commit suicide by hanging herself? This type of murder would almost certainly be committed by ritual murderers.

After hearing the news, the community rushed to the scene to see it for themselves. This should serve as a warning to all parents to keep a close eye on their children as society becomes increasingly scared. Many wicked people appear to be angels, but their clothing conceals murder weapons. 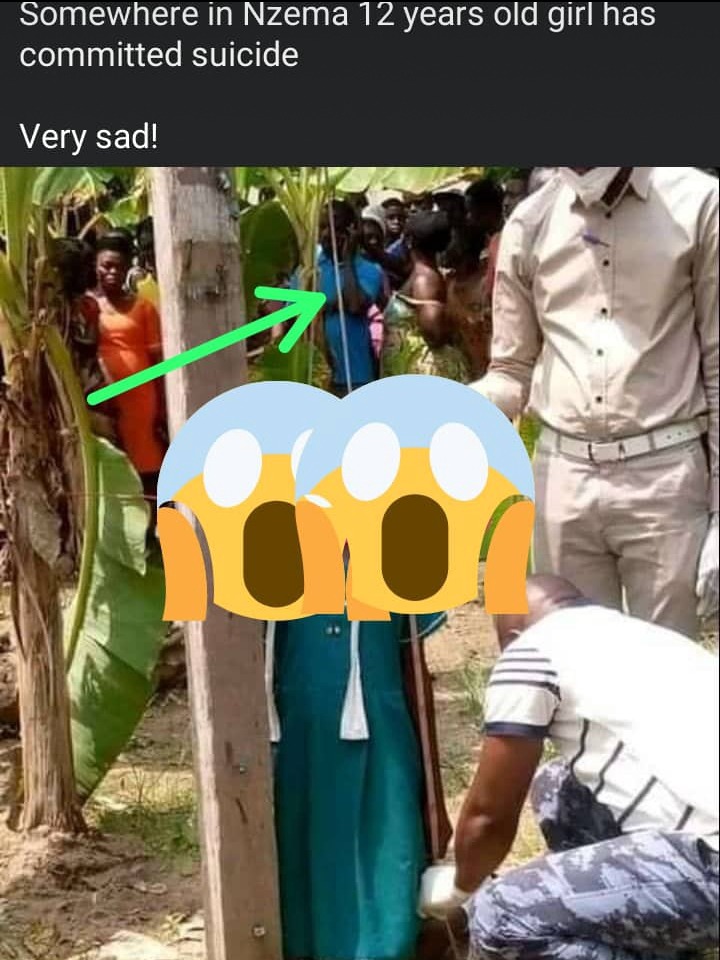