4 confirmed dead after 3 hours of torrential rains in Kumasi

By Salience (self media writer) | 1 year ago

The floods that hit sections of the Ashanti Region on Monday night claimed the lives of four people. Four dead have been recovered, including two nine-year-olds, according to the National Disaster Management Organization, while two others who were reported missing in Ahenema Kokoben have yet to be discovered. 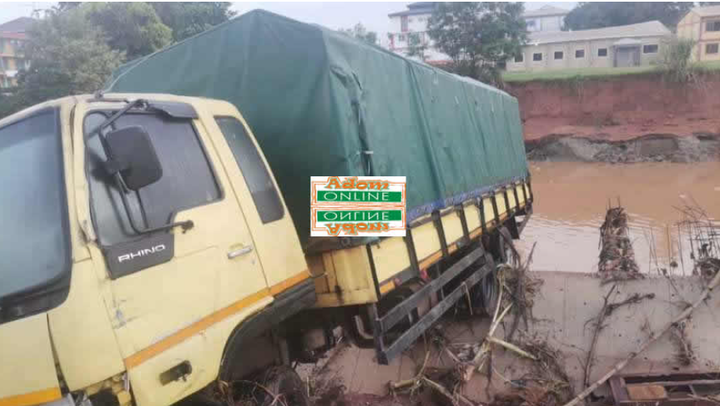 Since the beginning of the year, at least ten people have died as a result of floods in the region. On Monday in Kromoase, a nine-year-old kid drowned while playing in the rain with two other children. Another girl of the same age died in Daban. At Sokoban, there was a third event and another death.

Nana Attakora Koduah, administrator of the National Disaster Management Organisation, acknowledged the fatalities and said his organization is working diligently to locate all those who have gone missing. “Our personnel are still on the grounds, collaborating with the community to locate all of the missing people. He explained, "The number we have so far comes from our soldiers on the ground."

The Kumasi-Obuasi Road was inundated for hours after nearly three hours of heavy rainfall. Two persons are still missing from a group of three that boarded a KIA truck but got out after the vehicle was pushed to the wrong side of the road by floodwaters. Many individuals were stuck for almost three hours as a result of the water.

Residents are blaming the disaster on shoddy construction and development near rivers. This is the second time this year that the neighborhood has flooded. Similar events occurred in other parts of the city. Neighbors in Nhyiaeso, near Ahodwo, saved a guy in his late 40s from drowning. After losing his footing in the water, his pick-up vehicle was dragged into the stream. Because of the rising floodwaters, a section of a newly constructed bridge has fallen in.

Content created and supplied by: Salience (via Opera News )

“There is Good News For Accra Hearts of Oak” - Slavko Matic