Sad News: Another accident hit Fosu to Kumasi road today, See how fatal it is

By KwameBrakoMicky (self media writer) | 2 years ago Accident in Ghana keeps going up as we get closer to the end of the year 2020.

According to statistics, the number of road accidents in Ghana increases in the Month of December which is also the month of Christmas.

Due to a lot of activities that happen before and during the Christmas celebration in the Month of December, people travel more to witness and grace these programs.

Some drivers also take advantage of December season to overload their cars and run at a speed higher than what they supposed to go.

A fatal accident occurred today 19th December, 2020 at Assin Bereku on the Assin Fosu to Kumasi road. The accident was involved a brand new Atos and articulator vehicle. 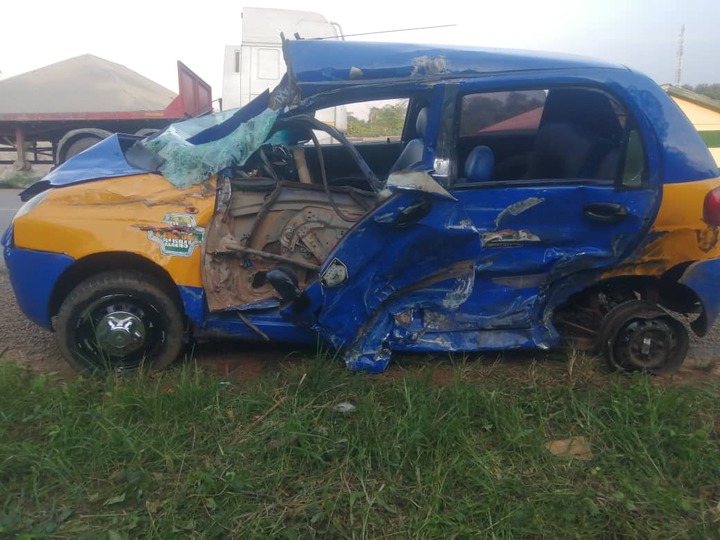 These two vehicles were moving in the same direction, that's they were all driving from Assin Fosu. The Atos was going to Assin Praso whiles the articulator vehicle was also going to Kumasi.

When they got to Assin Bereku at the Assin State College (ASCO) Junction, the Atos driver decided to branch in the left direction to drop off someone at the school junction.

Unfortunately for the Atos driver, the articulator vehicle driver who was right behind the Atos did not see any sign to show that the Atos wanted to branch on the left direction.

According to the articulator vehicle driver, there wasn't anything like break light to show to him that the Atos was parking. And before he realized, the Atos driver had crossed him and the two vehicles had crashed.

The Atos was carrying five passengers including the driver whiles the articulator vehicle was also carrying two people, the driver and his mate.

As I speak with you, four passengers who were in the Atos and the driver are all it a very critical condition and are admitted to St. Francis Xavier Hospital at Assin Fosu. 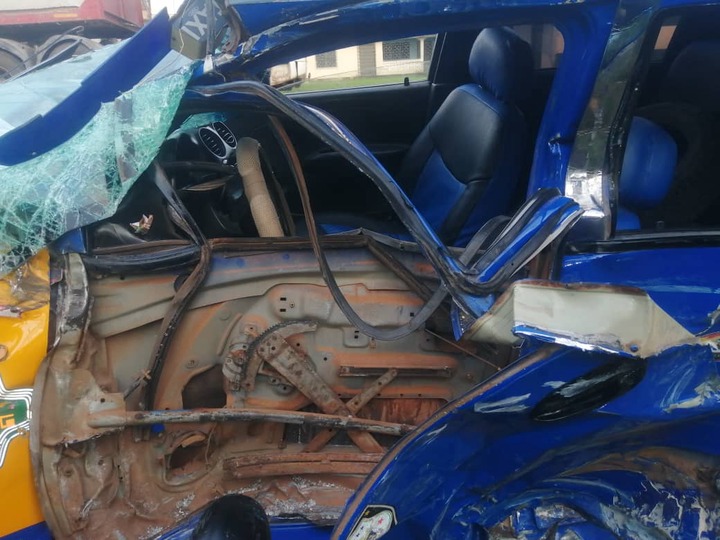 The articulator driver and his mate were very fortunate that they were not injured. Let’s pray for the victims. Thank you.