Four students of Komenda College of Education, Komenda, are alleged to have lost their lives after been admitted to the CCTH emergency and accident victims unit on Sunday afternoon. The unnamed students who were all transported to the hospital by a Toyota Tundra driver, could not make it as they were all confirmed dead last night by hospital officials. Two of the victims who sustained serious injuries to the head died on the way to the hospital whiles the other two died simultaneously while in surgery. The deceased students are still are at the hospital waiting for families and school authorities to arrive before mortuary admission.

Though there haven't been any autopsy report confirming the cause of death, medical examiners believe internal bleeding and broken bones lead to their deaths. The four students were all victims of a road accident on the Cape Coast road on Sunday afternoon.

Mercedes Benz Sprinter minibus with registration number GS-6213-21 was on its way to Komenda from Kaneshie when one of its tyres blasted unexpectedly. The driver of the minibus who sustained several injuries, was within the Winneba junction vicinity when the accident happened. The driver who was driving at a speed of 65km/h was gradually reducing his speed so he could use the Winneba junction road when one of his back tyres blasted without notice.

The right backside tyre twisted the minibus when the tyre blasted, and that caused the driver to lose the steering wheel within that moment. The car crashed on his right side sending all passengers into shock within seconds. All five people who were sitting on the immediate right-hand side column of the driver together with the four last seat passengers were all seriously affected.

The minibus which arrived from Canada three weeks ago was fitted with brand new tyres before the car was imported to Ghana. The car had undergone roadworthy examination before been handed the 2021 registration number plate but none of the officers and the driver himself saw the tyre to be unfit for the road.

The driver himself attested that the tyres were all perfect and in great condition, and they are the same tyres he has been using since the car arrived in Ghana. Though no examination has been done on the accident, yet, the driver Affoley Bismark is of the view that something might have aided in the tyre's sudden blast. Afforley attributed the tyres blast to a metal that might have been on the road while he drove. Until the experts from the Police MTTU command explains the cause of the accident, it will still be a mystery how the tyre was able to blast just like that. 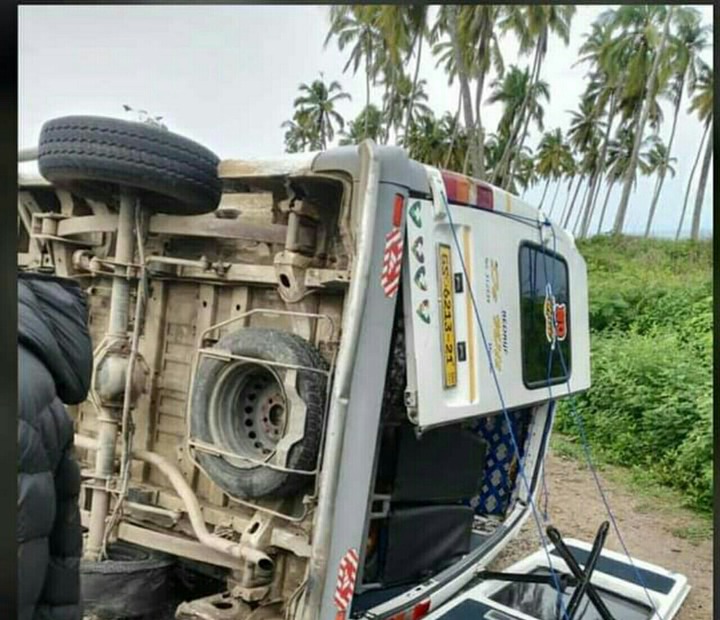 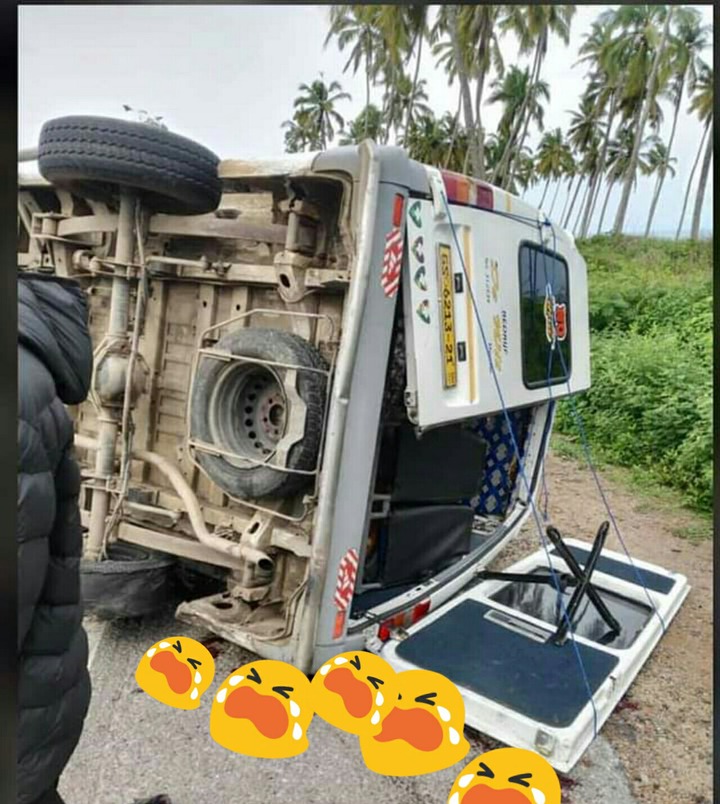