By Elisha_Appiah (self meida writer) | 1 months

There were once some great men in this universe but they all died a very tragic death with no explanation. Their death was very hurtful that they are still remembered by a lot of people in the word especially the black people probably the Africans.

A lot of people believe these people died because they tried to reveal a lot of truth about the whites to the blacks (Africans). The whites have been controlling the Africans whether you have Independence or not when you borrow money from the to make your country great. 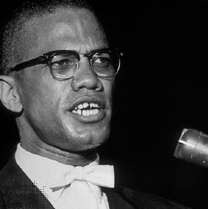 One of this great men is Malcolm X. Malcom X, original name Malcom Little, Muslim name el-Hajj Malik el-Shabazz, (born May 19, 1925, Omaha, Nebraska, U.S.—died February 21, 1965, New York, New York), African American leader and prominent figure in the Nation of islam who articulated concepts of race pride and Black Nationalism in the early 1960s. After his assassination, the widespread distribution of his life story— the autobiography of Malcom X (1965)—made him an ideological hero, especially among Black youth, 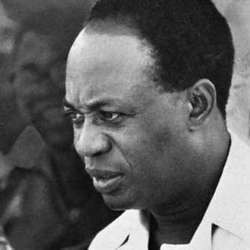 Another great man is Dr. Kwame Nkrumah (born September 1909, Nkroful, Gold Coast [now Ghana]—died April 27, 1972, Bucharest, Romania), Ghanaian nationalist leader who led the Gold Coast’s drive for independence from Britainand presided over its emergence as the new nation of Ghana. He headed the country. from independence in 1957 until he was overthrown by a coup in 1966. One of the things he did that a lot of people are saying made him a target was to unite all Africans to have U.S.A(United States of Africa). 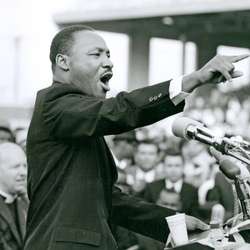 Martin Luther King, Jr., original name Michael King, Jr., (born January 15, 1929, Atlanta, Geogia, U.S.—died April 4, 1968, Memphis, Tennessee), Baptist minister and social activist who led the Civil Rights movement in the United States from the mid-1950s until his death by asasination in 1968. His leadership was fundamental to that movement’s success in ending the legal segregationof African American in the South and other parts of the United States. King rose to national prominence as head of the Southern Christiann Leadership Conference, which promoted nonviolent tactics, such as the massive March in Washington (1963), to achieve civil rights. He was awarded the Noble peace prize in 1964.