By DBright (self meida writer) | 29 days 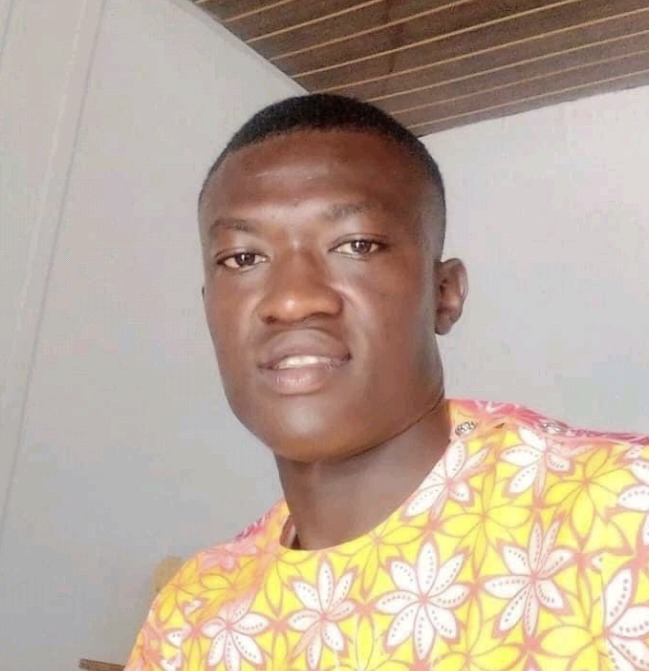 The heartbreaking incident that witnessed the gruesome murder of the three innocent victims at Abesim has sparked massive stir, debates and arguments across all social media platforms considering how the bereaved families were traumatized to witness the lifeless bodies of their relatives.

There has been lots of allegations over the gruesome murder case that saw the three innocent victims lose their lives at Abessim as the Acting Inspector General of Police, Dr George Akufo Dampare is putting all measures in place to seek justice for the bereaved families.

With respect to this, Noah Nyame who was lucky to escape from the fridge storage killer before becoming a victim took the privilege to recount how he was almost killed by the alleged suspect, Richard Appiah.

According to Noah Nyame, the fridge storage killer tried several strategies just to kill him but he was saved by God on the final day.

Surprisingly, Noah Nyame took the privilege to reveal another unexpected secret about the fridge storage killer whilst boldly highlighting what he saw a night before Richard Appiah’s arrest.

Noah Nyame made it clear that, he usually comes out to urinate at night and that was when he saw the unexpected at the house of the prime suspect, Richard Appiah.

“I usually come out at night around 1am to urinate. That day, I saw some big men in luxurious cars visit him that night. Some citizens in the community have also said that, anytime they pass by the house at night; there are always some luxurious cars packed in front of his house even though they don’t know what they’re doing over there at that night”, Noah Nyame emphatically revealed.

Do you think that the prime suspect, Richard Appiah killed the three victims for rituals even though most Ghanaians think otherwise?

Every Ghanaian University Graduate has a Class. See what it means and what it can be used for

Hot And Curvaceous Models Parading Their Huge Backsides On Instagram

Check Out Photos Beautiful Hot Models Flaunting On The Internet With Their Hot Shapes.