By RockyJDJones (self media writer) | 15 days ago

Selasi Adams, 47, has found himself in trouble and might even face jail if he is not able to demonstrate and explain where he was going this morning when he was arrested by the Kukuom Police Service over his suspected moves. Selasi at 5:15 this morning; Thursday 30 September, took an open Astra taxi and loaded it with spare parts before shutting the door of the car and driving out of Kukuom to the south, in the direction of Kumasi.

The morning patrol police visibility team bounce on Selasi when he was about to descend the Kukuom cemetery slope which is 10km away from the town. The cemetery is the point of intersection for the Kukuom forest and the Kukuom township. Selasi before his arrest on the Kukuom cemetery road lied to the police patrol team that, he was a taxi driver delivering the goods to the owner in Mim, a twin town of Kukom.

It was all wrapped goods of motorcycle spare parts. It was hard for him to defended at first instance, and that made as suspect it to be stolen goods. We impounded the vehicle at dawn and brought him back to the station for questioning, but as of now, he hasn't been able to give a thorough representation of who owns the goods and where he is taking them to, Officer Charles Mensah, the arresting officer said. 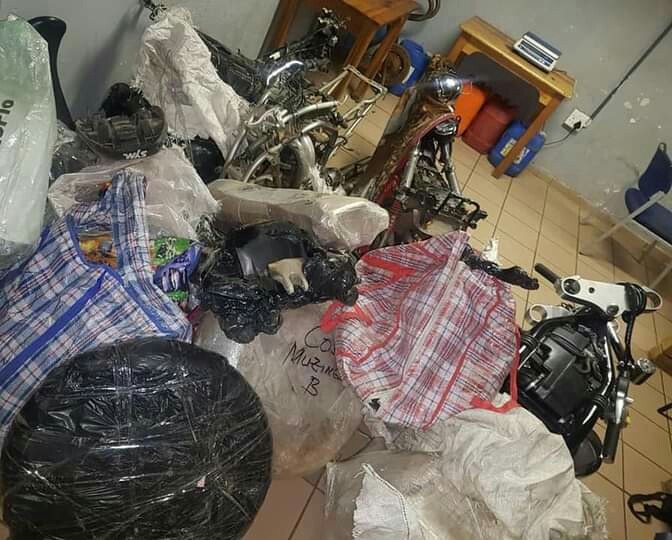 Selasi Adams has been arrested for allegedly carrying stolen merchandise which he hasn't been able to prove whether it is stolen or not. Selasi in his statement said it was a product belonging to a customer who hired him to bring the goods to him, but has failed to provide the contacts of the said customer and when he or she hired him to deliver the goods, and that was when the police first interrogated him on the road.

On the second note, Selasi has changed the first narration he gave to the officers on the road after he was brought to the station for questioning. At the station, Selasi changed his narration again that, the goods are his and he was taking them to a buyer who had already paid for them. Selasi where he got the goods, or the receipt showing he bought it from someone years ago, has not been proven as the police believe they are stolen products of missing motorcycles within the Kukom and Goaso metropolis. 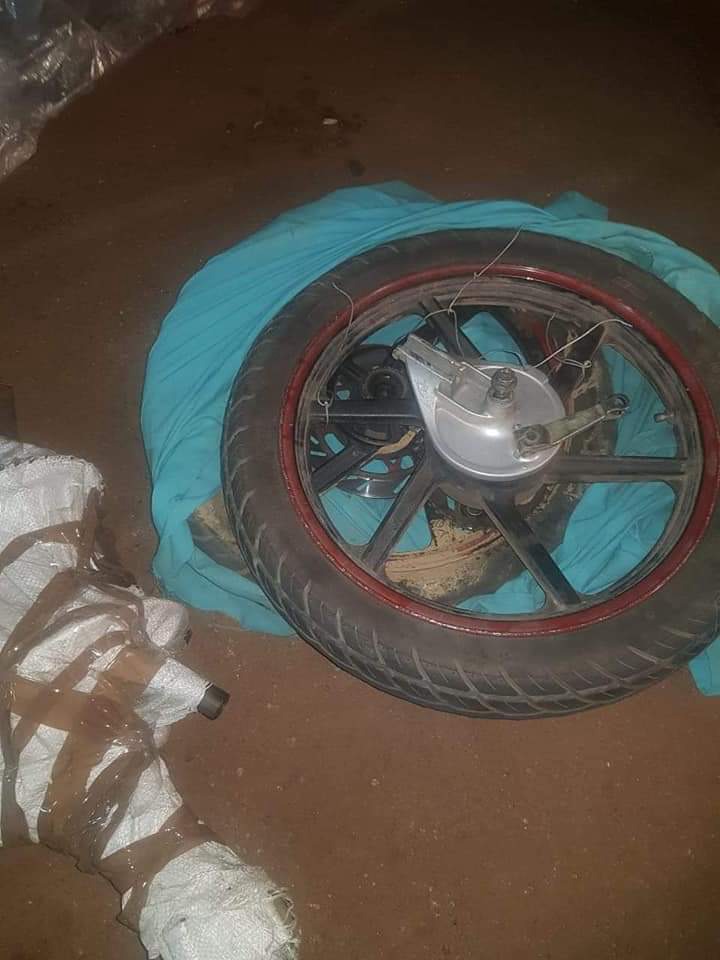 Though we haven't been able to confirm who the items belong to, we will make announcements when our investigating are over for motorist within Goaso, Mim, Tepa, Kukuom, and nearby towns to come and inspect if any of the parts belongs to them and proof of ownership; they are motorcycles that can be assembled to form one motorcycle each. If at the end of the exercise, he is found guilty of motorcycle hijacking crimes, he will face the law, Officer Charles Mensah stressed

Selasi Adams is still at the Kukuom police station answering questions on who the real owners of the suspected robbery items belong. 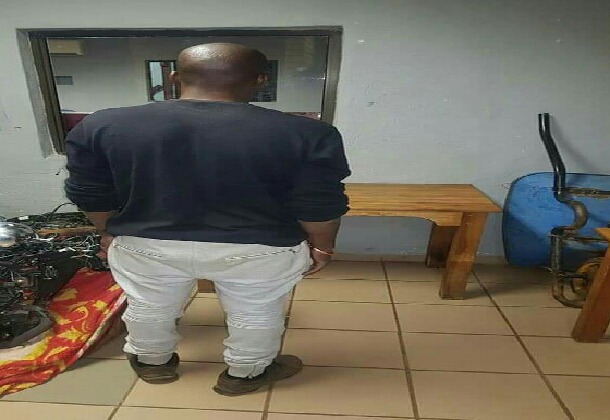