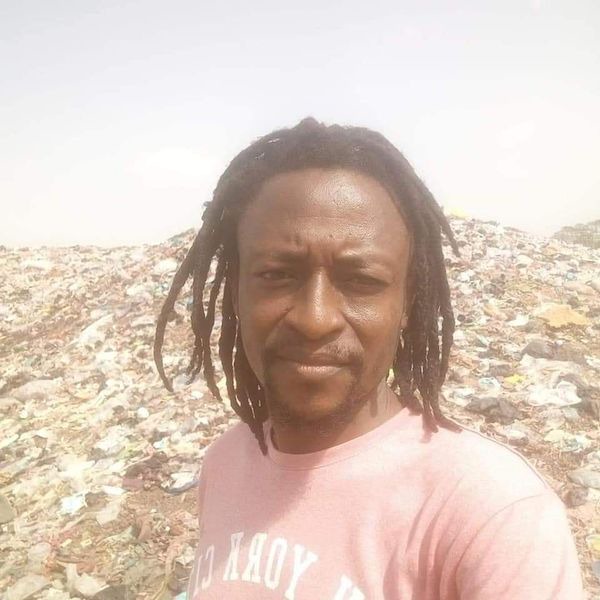 The death of the #FixThecoutry Campaigner, Ibrahim Kaaka Mohammed has angered many Ghanaians. This is because they do not see the reason why a young man could be mobbed for fighting for better things for his country. Reports indicate that he was attacked on the same Friday that Efia Odo and other campaigners got arrested by the Ghana Police Service.

There were also reports that Mr. Ibrahim Kaaka Mohammed received threatening voice messages before passing on. The bodyguard of the Minister Chief Executive (MCE) of Ejura Sekyeredumase allegedly sent a voice warning Ibrahim Kaaka Mohammed that his activities on Facebook were making the New Patriotic Party unpopular in the area. They tried every means for him to stop these activities.

In fact, less than two weeks ago, various individuals had gone to report Kaaka to the Ejura Police in order to get him to stop his work. Instead of cautioning those individuals to refrain from intimidating and threatening Kaaka in the exercise of his Constitutional rights as a citizen, the Police rather issued Kaaka with a warning letter. 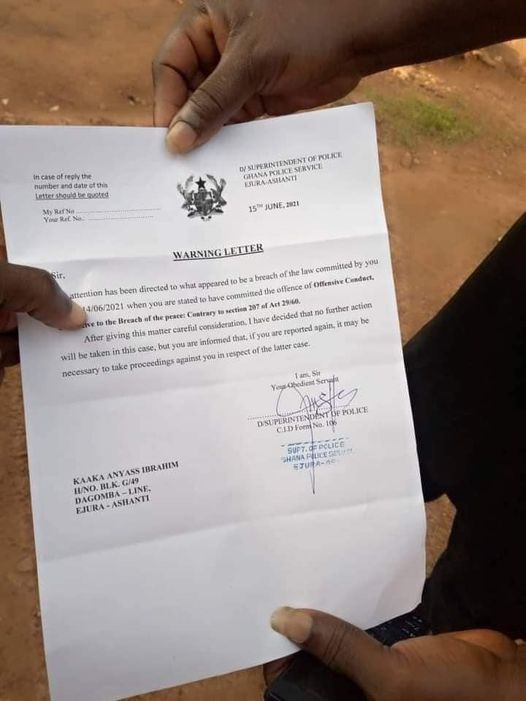 The letter is what is in your picture above. The Ghana Police Service, in Ejura in Ashanti issue this letter to him on 15th April 2021, telling him that if he keeps on breaching the law action will be taken against him. The question is: Does the law of the land allow the Ghana Police Service to send warning letters for particular conduct. This is because some Ghanaians believe that the GP has some hands in this mobbing of the young.

Some Ghanaians even believe that it was some supporters of the governing NPP who reported the gentleman to Ghana Police leading to his death. Others also said that if this is what is going to happen then all the youths in the country need to rise up and fight for what is right. This is because the government is using his subordinate to silence the youth from fighting for what is right.