An armed robber betrays his partners

By MacDrum (self meida writer) | 15 days 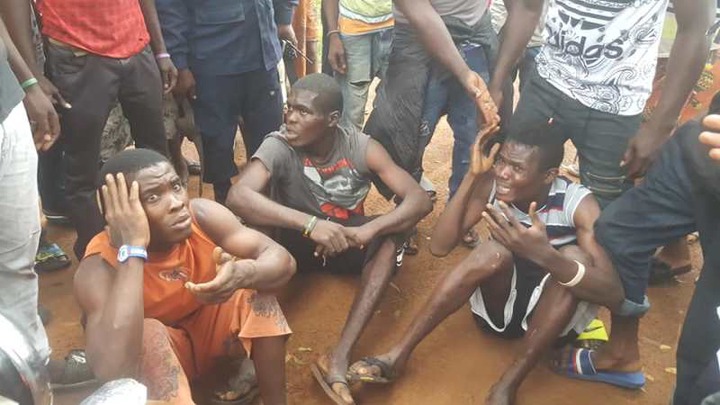 Many people believe in so many things such as luck, reincarnation, heaven and hell, etc. All Christians have a common belief that there is a heaven and a hell. The awareness creation of this life after and salvation through Christ Jesus made one evangelist attempt to visit a gang of notorious thieves.

Last Saturday during the heat of the day Oze Nkele and his brother in the Lord patiently climbed the hills where the gang normally met to smoke weed. His brother had warned that they were not the right people Jehovah is sending to convert those gangsters.

Approaching the gang boys, they loud music which was actually an alarm system to them. in that, when the music goes low for a while all of them would come from their hidings to see what was going on. Seeing us come closed, they lowered the music and one blew a whistle.

After a short introduction, one guy said they were Anas' people from Ghana. It took just another guy to recognize them as gospel preachers. And that was how they gave attention to listen to the preachers. In message, they said after man dies there will be judgement as to whether his soul goes to enjoy or to suffer hell fire. But then if his name was written in the book of Life he is a candidate of heaven where there is enjoyment.

One gang member interrupted smoking out his question. He asked if the preachers have written their names, and they responded that they have pleased the Lord enough and believe their names are in the book. Another asked if they can get their names written in it, and the answer was yes. But they expected something like going to an office to register. The preachers decided to pray for them and after the prayer they announced that the gang boys were saved and their names have been written.

It was total nonsense to have been disappointed like that. The leader cautioned them to flee for their lives and don't look back or they may swallow bullets. In a quick motion they descended the hill.

Before they could reach the low lands some one called from their behind and they waited. One of the gang boys had actually come to tell them that their leader is planning to rob them of the book tonight. So he was asked to follow and spy on them.

They allowed him follow them till they got to a police man's house. They told him that was their house and so he should go back. Actually, they went in there to fellowship with the police man's wife and children. They warned them that robbers will be attacking them. But the woman laughed and said, her husband calls those boys rats, and so they will fall into a trap.

Whatever happens, I will post it here for y'all.

Content created and supplied by: MacDrum (via Opera News )