By Blind_Justice (self meida writer) | 29 days 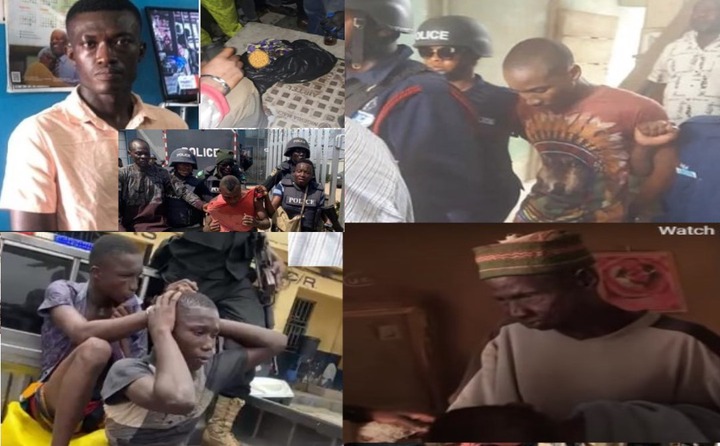 No criminal will openly declare his evil intentions to the target nor residents in his neighborhood. They will live among us as best friends, neighbors, confidants, solicitors, peace brokers and all other pleasing personalities, and this becomes their cover-up for their criminal activities.

Mostly their operations are carried outside their immediate environment, so they don’t attract ‘needless’ attention that will disrupt their work. Criminal Psychologist argue that these behaviours are more of a disguise so neighbors don’t become suspicious of their true character and persona.

In Ghana, several homicide cases recorded had neighbors of the convicted or suspects struck with misbelief of the crime committed. Their impressions of the suspects highly regarded them [suspects] as calm, peaceful and friendlier but in the darks of the reality they were ‘killers.’

The Abesim case involving Richard Appiah is an addition to a record of such criminals who disguised themselves as innocent and loving people. In fact, one of the serial killings that took Ghana through years of pain, is the Takoradi girls murder saga.

Four girls after months of investigations were proven to have been murdered by some Nigerians resident in Western Region. The prime suspect, Samuel Udoetuk Wills who was resident in Kansaworodo, a suburb of Sekondi-Takoradi metropolis presented himself as an immigrant from Nigeria. He was often seen busily carrying construction materials, and as such residents thought he was a builder.

He played draft with the men, and mingled with the girls. Chats that were uncovered by the police suggested he even dated some of the victims. Together with his accomplice, John Oji, the Sekondi High Court sentenced them to death. However, this sentence since its pronouncement in March this year is yet to be sanctioned by the President.

Another recent case that falls within this context is the murder of 10-year-old Ishmael Mensah Abdullah by Felix Nyarko and Nicolas Kwake Kani in Kasoa. Kwame Kani was a best friend to Ishmael, in fact, the mother of the deceased even recognizes him as a son. This is the very person who hit the head of poor Ishmael with a club after he and his partner lured him into picking a game from a sack.

In his dying moment, Ishmael according to a confession by Kwame Kani, asked “you are my good friend, why are you doing this to me?”

Ace investigative journalist, Ana Aremeyaw Anas produced a documentary titled; “The Spirit Child” to tell of the gruesome murder of children with deformities and disorders in northern part of Ghana. The practice was led by some ritualist who employ herbal concoctions these children with disabilities, killing them in the process. It is reported that over thousands of such children were killed in secrecy.

But before all these happenings, Ghana had suffered years of such ritual killings some of which were for blood money, and others to appease the gods, and to commit the souls of those sacrificed by traditional priests to serve chiefs in the after-life.

Among all others which many could recall is the late 90’s ritual murder of some thirty-four (34) women at Mataheko and neighboring communities in Accra. Some body parts were removed and needle or scares found all over them sparking rumours of a ritual bleeding of these victims. Then First Lady, H.E Nana Konadu Agyemang Rawlings mobilized women across the city on a demonstration to compel the police to expedite investigations into the matter. Till date that case was never solved.