After spending five days in jail, the social media personality and actress Akuapem Poloo has been granted bail. The bailing came on Wednesday April 21, after her lawyer had appealed the case.

The bail was granted by the Criminal Division of the High Court pending an appeal filed by her lawyer against her 90-day jail sentence. The lawyer filed a two substantive appealing applications to the High Court on Tuesday which was receiving a pending approval.

Meanwhile the Court scheduled that the two applications would be heard by Criminal Court One (High Court division) today, Wednesday, April 21. 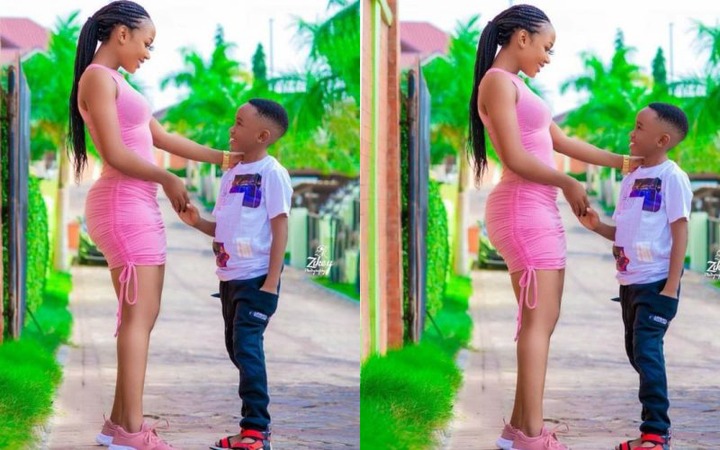 Rosemond was given the 90-day jail term following her conviction on charges of publication of obscene material and domestic violence after pleaded guilty to all three charges last Wednesday and was convicted on her own plea at the Accra Circuit Court by her Lordship Christina Cann.

There were a lot of reactions from Ghanaians following her jailed sentenced. A lot of the people believed that the 90 days sentenced was harsh despite her being guilty on her own plea.

Celebrities like Sarkodie, Stonebowy, Reggie Rockstone, Cardi B(USA), Tonto Dike(Nigeria) all went on the same side against the court ruling.

Meanwhile the bail came with some conditions;

Firstly, she was granted the bail in the sum of GHS80,000 with two garrantors.

Secondly, she is to report to the case investigator(Criminal Court one) every two weeks.

Also she is to deposit her passport with the registrar of the court.

Meanwhile Mr. Kennedy Agyapong had expressed his view on the jailed sentenced that was given Poloo.

According to him the jail sentence given to Rosemond is a fair one and he even wished it should have been 1 year sentence instead of the three months.

He added that, “I don’t have a problem if you are a celebrity but there should be some decorum. The most annoying part is that her child is not a girl in this situation and you got a problem they gave her 90 days, she should have been given 1 year“.