One Suspect by name of Ellian Zumeseh, a resident of Mama Lawson, a suburb of the Sunyani Municipality in the Bono Region is alleged to have thrown her three-month-old twins into a well.

The 20 Years Ellian Zumeseh was arrested by the Bono regional police when the news of her deviant act was reported to them.

The twins were confirmed dead by one doctor Amoako in the Bono regional hospital after they were removed from the well and sent to the hospital. 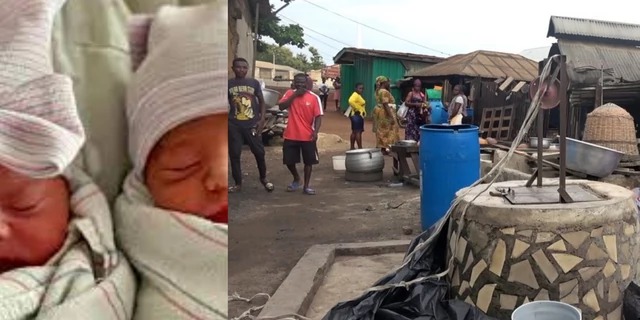 According to one of the eyewitnesses, Madam Cecilia, she was called to the scene by her children who told her that a daughter of one of her workers had drowned her twins in a well and when she came it was true.

"I had a call from my children who were sleeping at the workplace that the daughter of one of my workers who had given birth to twins had drowned the children in a well. So, I left home around 2 am, and when I got here it was true. We called police personnel who stay in the community." She said.

Meanwhile, Ellian Zumeseh is said to have no mental issue but was in sound mind when this unfortunate incident happened.

The Causes Of Heart Enlargement and how you can avoid it