By Blind_Justice (self meida writer) | 18 days 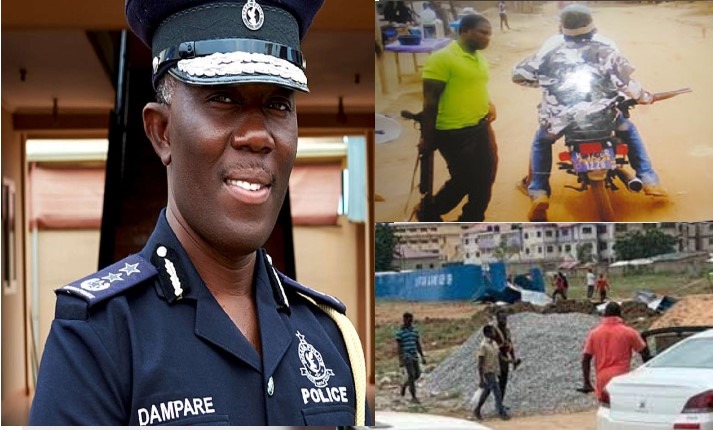 The Inspector-General of Police, Dr. George Akuffo Dampare has promised to rid the country of notorious land guards who had threatened the lives of property owners over the past decades. The resolve of the IGP was articulated to the Chief and people of Gomoa Nyanyano in the Central Region of Ghana.

The IGP and some members of the Police Management Board (POMAB) are on a tour in the Centra East Region of the police administration. It was by this tour that IGP Dampare and his men paid a courtesy call on the Chief of Gomoa Nyanyano, Nana Duodo Wiabo VI, and his elders this morning to officially inform the traditional council about their visit and new regional police administration established.

Through this interaction, Nana Duodo Wiabo VI told the IGP that the community has been battling with deadly cases of land guard abuse in developing areas. He noted that several calls to the police administration and the government have not received the attention it deserves to nib this social and security crisis in the bud.

The Chief implored the IGP to as matter of urgency institute measures within the new Central Est Region of the police administration “to combat these illegal activities which had stalled development and claimed innocent lives in the area.”

IGP Dr. Dampare in his response assured the chief that the Police will do its possible best to put an end to those criminal activities and others that threatens the peace of the community and the entire country. 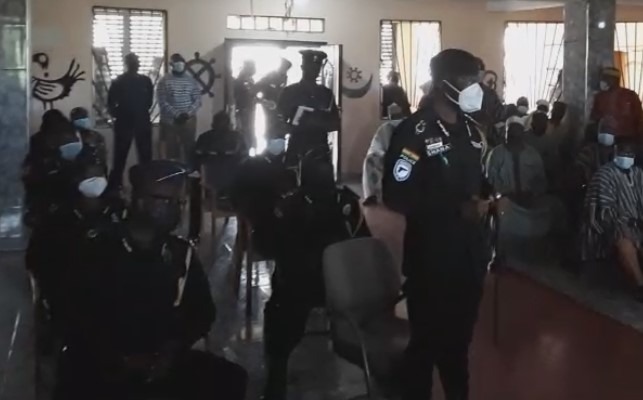 He however called on the chief and the people to support the police in its work, adding that the Police are there to serve the people and could be effective if the community trust them to work professionally. IGP Dr. Dampare noted that his administration is action oriented and does not engage in lip services and promises.

“I don’t talk muck. We act, so our deeds speak for itself,” he reiterated.

Jinapor Is A Gem, He Should Have Been Appointed Earlier; See The Change He Has Made In His Ministry