UER: Man who was Declared Wanted by Police For Allegedly Killing His Neighbour Turns Himself in 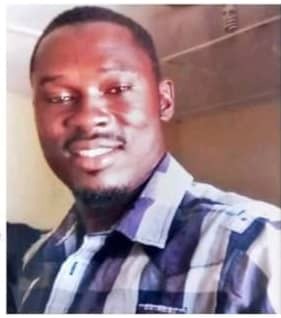 Simon Sandow Zanya, the 35 - year - old native of Bawku and murder suspect has turned himself in to the police, a week after publications were made by police in the Upper East Region declaring him wanted for murder and unlawful discharge of firearm. The said publication, made on August 19 gave the details of the suspect and appealed to the general public to volunteer any information that could help the police to arrest him.

Following the publication, Simon Sandow Zanya who was last seen in public in May 2021 reported himself to the Upper East Regional Police Command where he was arrested and handed over to the Bawku Divisional Police Command. He has been arraigned before the Bawku Circuit Court on four charges of illegal possession of firearm, discharging of gun in town, causing harm and murder. Following proceedings in today, the court remanded the suspect into police custody and he is due to re-appear before the court on September 10, 2021. 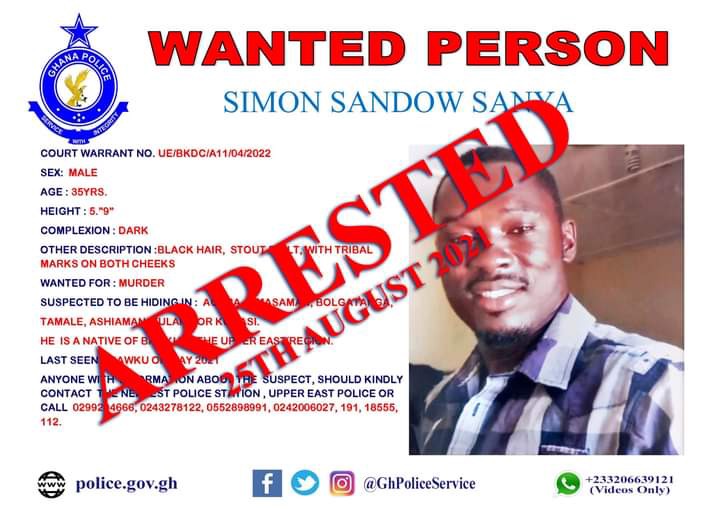 In a fresh statement, the police urged the public to take note that the suspect after his arrest and arraignment before court is no longer a wanted person. The statement also commended the public for partnering the police in fight against crime and for their role in sharing the earlier publication that declared the suspect wanted.