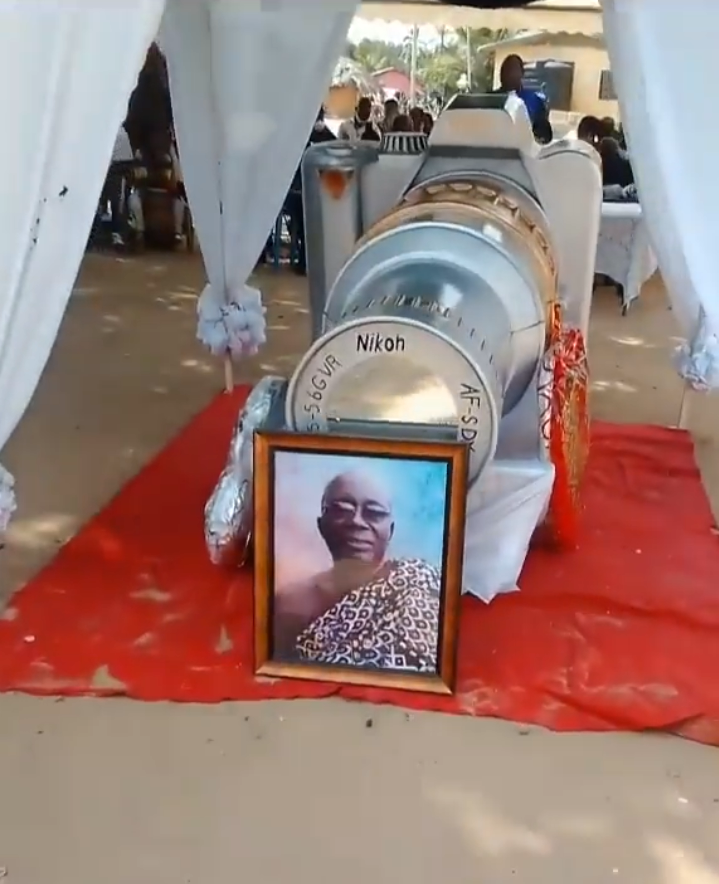 Just when we thought we had seen it all after a Ghanaian football player was recently buried with a soccer boot-shaped coffin and a man was also recently buried in a bottle-shaped coffin, a marvelous invention has also popped online at the burial gathering of an unidentified man's funeral.

Ghanaians have proven not to be a "failure" as perceived by individuals on the other continents and some citizens. It is obvious from the numerous inventions currently circulating online that, indeed Blacks are also technically equipped and can also build their own countries and continent as a whole. A viral video fast making wave on the internet captured the amazing/sad moment a man was buried in a Nikon Camera-Shaped Coffin.

It was obvious in the viral video that, a funeral gathering was held for a man who was buried in the camera-shaped coffin. However, this unidentified man was probably a well renowned local photographer which was why he was buried in such marvelous invention,as seen with the other burials.

As such, several neitizens have chased this invention online and have been marveled as I was also marveled. 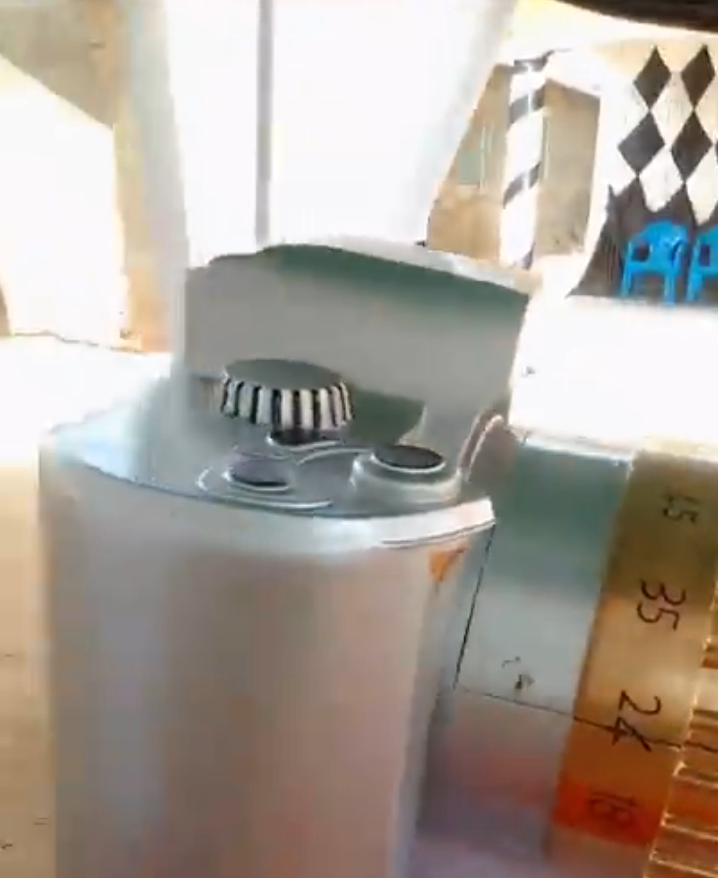 Content created and supplied by: ZEAL6 (via Opera News )