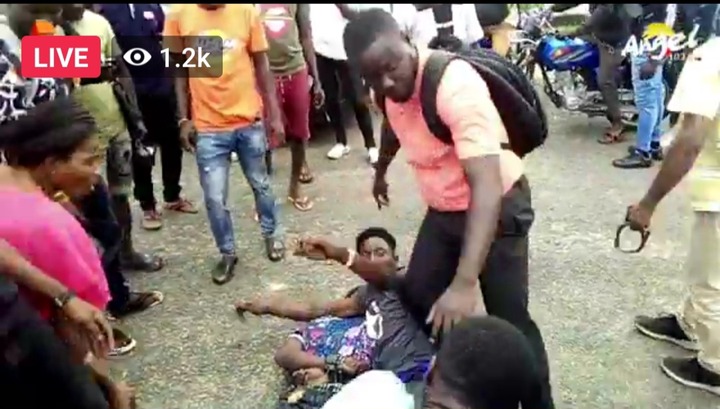 Two robbers have danced to their own tune as an attempt to rob someone failed. According to Angel News which was monitored by Ahomka.News, these robbers decided to snatch a bag that contains money and other valuables from someone and lo and behold, those around were able to clamp them down and decided to give them heavy beatings. The residents dragged and punched them heavily until blood was oozing out from their mouth and nose. 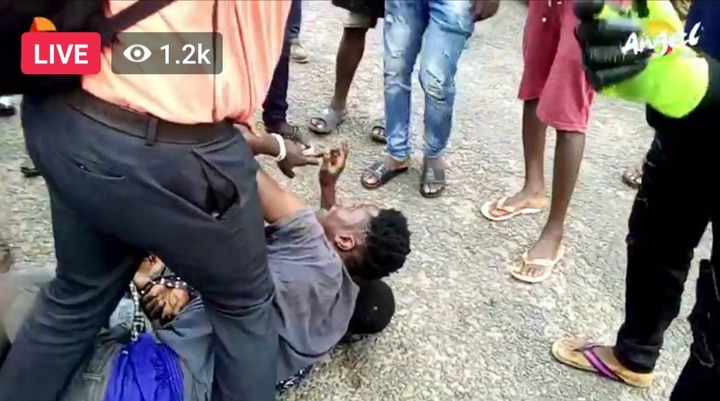 They were beaten until they became weak and couldn't do anything again. Had it not been the intervention of the police, the residents decided to kill them. One of them was very weak to the extent of not moving the body again. They were then put inside a car and sent to the police station. From the look of things, residents are now angry and have decided to take the law into their own hands by dealing with these notorious robbers by themselves if they are caught. 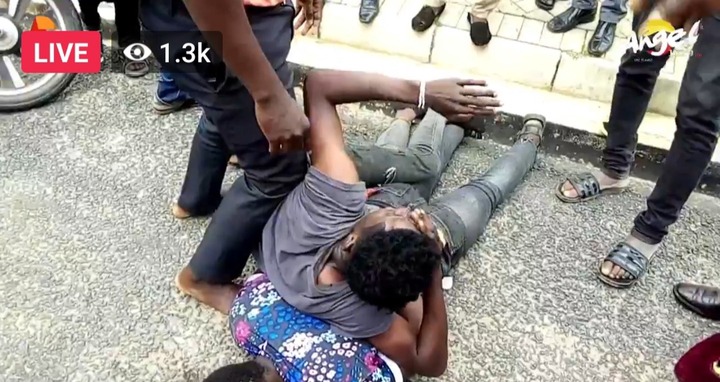