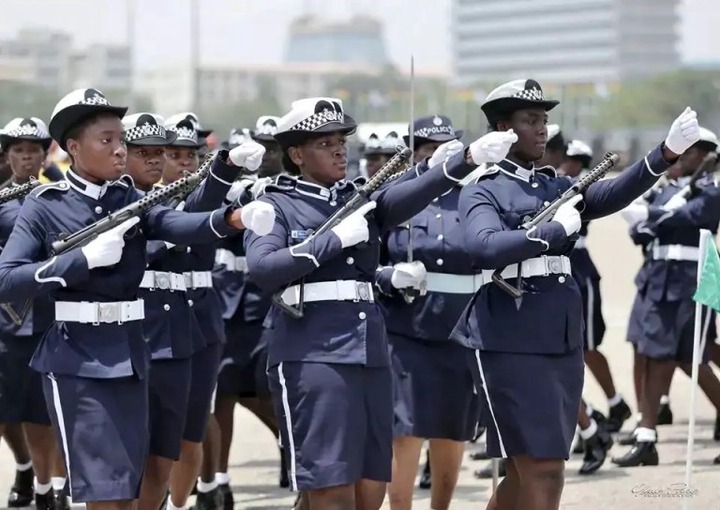 It has been reported that female officers in the Ghana Police Service have seen great advancement as there’s been the attainment of several higher positions.

According to the former Director-General of the Criminal Investigation Department (CID) who is now the Executive Director of the Economic and Organised Crime Office (EOCO), COP Maame Yaa Tiwaa Addo-Danquah the intended purpose for the introduction of female officers into the service has seen a turn up with females occupying District Commander, Unit Commander and Deputy Inspector General of Police positions.

COP Tiwaa Addo-Danquah said it’s been 70 years ever since females’ introduction to the service and currently number up to over 10,000 in Ghana.

“It’s been 70 years since the acceptance of females into the police service, and we’re celebrating the anniversary, their admission was purposely to help people in road crossing, female suspects, and criminal search, it was such petty jobs that they handled.

“So the intended purpose for accepting female officers has really developed as a result of the good job done by our predecessors, now the government has considered doubling the numbers of female officers.

“The initiative started with 12 females and now we number up to over 10,000, COP Addo-Danquah informed the Asantehemaa Nana Konadu Yiadom III at Manhyia as the various Heads of Women Divisions in the Ghana Police Service paid a courtesy call on her.

The Ghana Police service at Manhyia included retired and current police officers led by the EOCO boss to announce their 70th anniversary to the Asantehemaa.

Is Malaria deadly than Covid-19?

VIDEO: Take A Look At The Creative Works These School Children Did That Is Causing Stirs Online

Prayer camps are not answer to breast cancer - Dr Wiafe-Addai