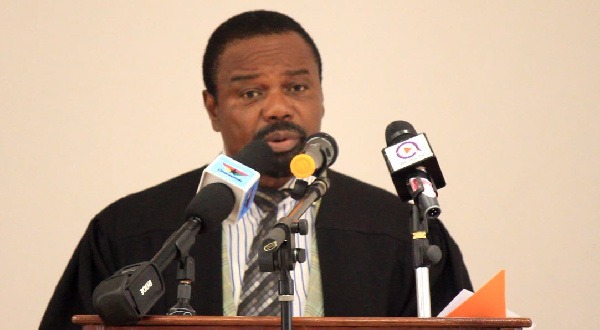 Security Analyst, Prof Vladimir Antwi Danso has disclosed that the mistrust in police service is a societal problem but society builds a certain shield to curb the situation by a remedy in the Constitutional order.

He emphasized that there are checks and balances in our system which needs to be employed rather than mobocracy which does not solve anything but rather beings more pain.

The security analyst spoke in reaction to the sudden death of Albert Donkor and Victor in Nkoranza.

According to him, the police riot control team techniques need to be addressed because it is bad in the country. He recommended that the security personnel should wear body caps during riots and it unravels everything when operations take place and helps in concluding such situations.

“I believe that if in the future, a riot control team obliges it will help eradicate some of the mysteries the country is facing” he added.

He said that the country cannot be reassured and no country in the world can be reassured concerning the terrorist attacks, America is the greatest country with all the security and equipment, and yet 19 terrorists entered quietly and seized 4 American passenger’s places and used them against America.

Prof. Antwi Danso stated that terrorism in a terrorist century is all need to worry about because the terrorist can attack anytime they want.

Buttressing his points, he spoke about the statement from the National Security Minister, Mr. Kan Dapaah appealing to the Ghanaians to be a bit more careful, he said that the ministry needs to create awareness publicly for Ghanaians knows that terrorist is nearly closed and they can attack the country at any time so the citizens should be conscious.

He narrated that even in Israel all the children know that the country is surrendered by coastal countries and therefore they should be security cognizant.

He reiterated that Ghana is umbrageous of the dangers around us and that is terrible.

He urged the media to support and create awareness in a daily news bulletin and the corner of every printed paper there should be cautioned about terrorism.