Prosecute All Of Them: ‘Stubborn’ Police Officers In Huge Trouble For Breaking The Law Under Dampare 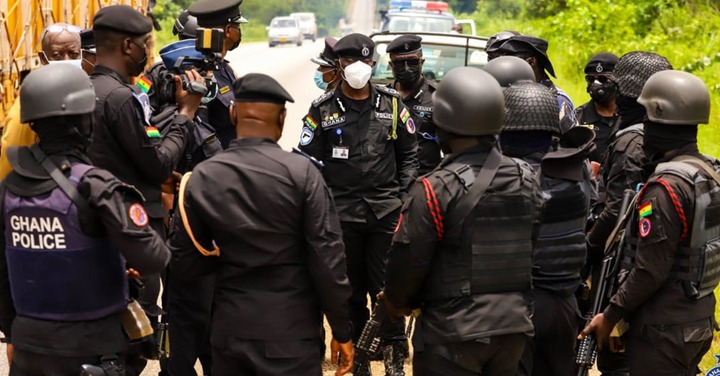 Police officers are trained to ensure the laws of the country are enforced. It is their duty to arrest anyone who goes contrary to the laws and make them face prosecution in the law court. However, some of them have over the years gone contrary to the same laws they have been trained to protect.

Some of them brutalize civilians with impunity because they believe nothing will happen to them. Even though some of them have been interdicted and even withdrawn from the service over the years for misconduct, others are still walking free even after their conduct has brought disrepute in the police service. The same happens to military men who brutalize civilians. Whilst some of them are punished others are made to go scot-free.

This is the challenge the new Inspector General of Police, COP George Akuffo Dampare is trying to avert. He did not waste time when some of his officers were reported to have assaulted some civilians at Tamale in the Northern Region of Ghana. Unlike previously where the police would have asked for time to investigate and interdict their officers, the Dampare administration released a statement on the same day of the incident and indicated that those ‘stubborn’ police officers should be interdicted immediately. 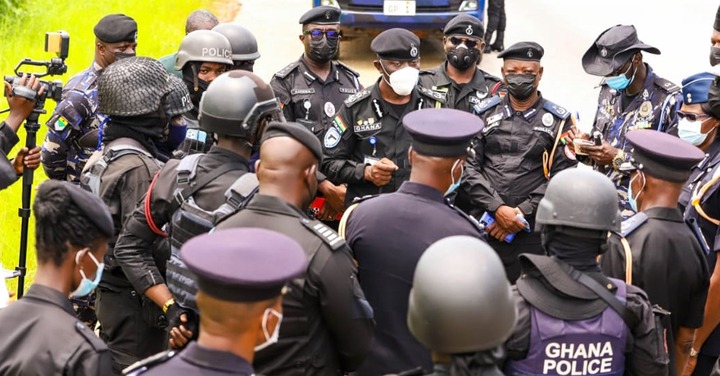 With this directive, they will be restrained for some time whilst a thorough investigation is being conducted into their conduct. The quick response from the Dampare led police administration has won the hearts of many who believe the police command is working again. Their early interdiction is a clear indication that when they are found guilty, Dampare will make sure the laws within the police command are made to work.

If found guilty, they will be paraded before the law court and prosecuted like any other person and in the worse scenario, they could lose their jobs. Some Ghanaians have applauded COP George Akuffo Dampare after the post and called for them to be prosecuted immediately to serve as a deterrent to other officers who have plans of emulating the same. 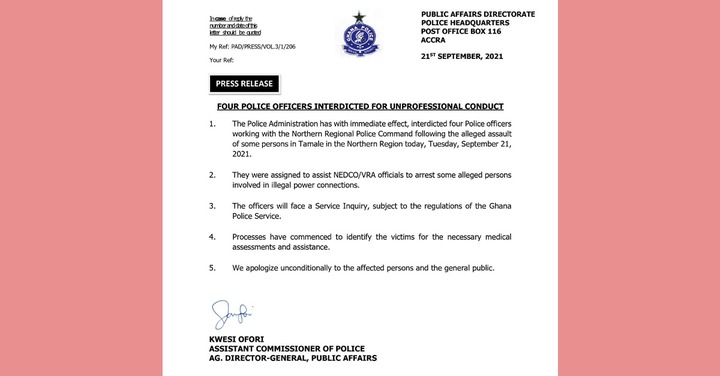 The four police officers involved were supposed to have effected a peaceful arrest but decided to be stubborn by breaking the same laws they are supposed to protect. They instead chose to assault a civilian and now they are in huge trouble. The step by COP George Akuffo Dampare should serve as a warning to all Police officers working under him that irrespective of their positions, the laws of the country are above everyone.