By KingsNews (self media writer) | 6 months ago

At the moment in Ghana, an in-depth investigation could reveal that, there is not a single week that goes by without a tragic story hitting the nation. This is the case. 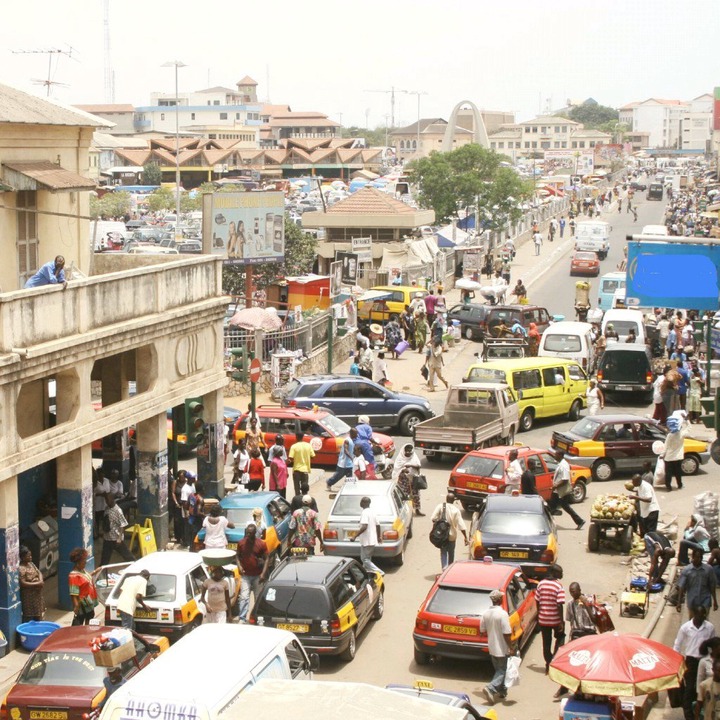 The majority of these tragic accounts originate from automobile mishaps, which are today responsible for the loss of more lives than anyone could have possibly expected.

The most recent reports indicate that the Central Region of Ghana has been the site of yet another incident described as "fatal."

According to a piece of information that was published on the website myjoyonline.com, the accident that took place in the community of Eduagyei, which is located on the Elmina-Komenda junction route in the Central Region, resulted in the deaths of twelve persons.

During the collision, both a DAF trailler and a Toyota Hiace Bus were engaged. 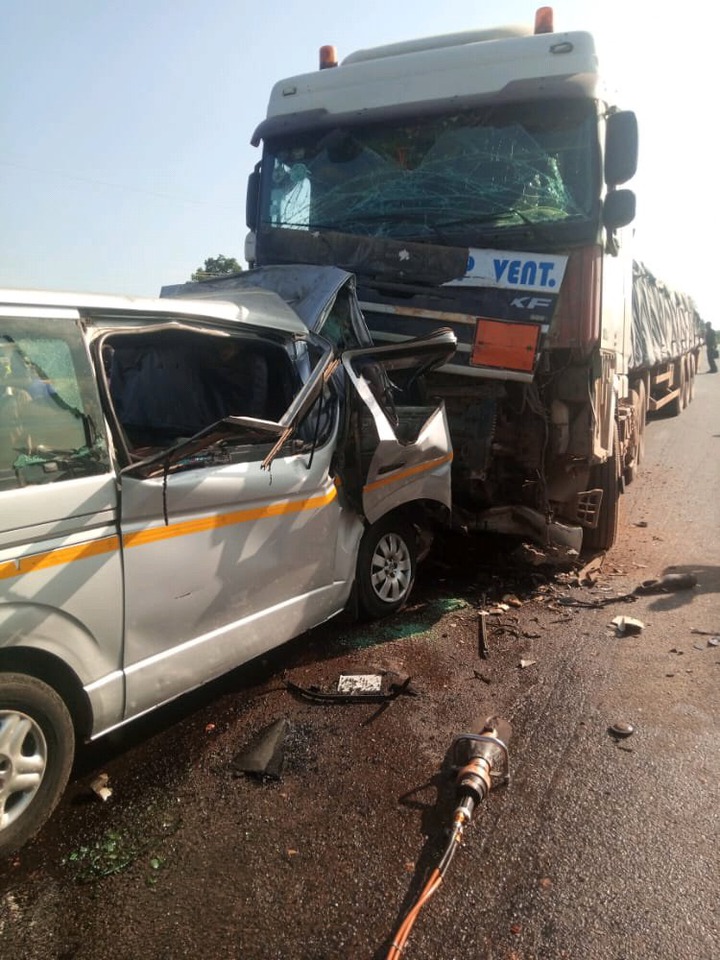 An eyewitness testimony from the scene of the collision states that "the DAF trailer which was travelling towards Takoradi in the Western Region, was completely filled with cement bags; whiles the Toyota Hiace, carrying passengers, was likewise heading to Kumasi from Takoradi." [Citation needed]

According to the eyewitness testimony, the trailer "overtook a car ahead of it in a difficult visibility region, due to smoke from a burning shrub, and as a result, run into the Toyota Hiace bus" when the collision occurred.

The report went on to say that among the deceased there were 5 females and 7 males. Their bodies have been brought to the morgue of the Cape Coast teaching Hospital so that autopsies can be performed. 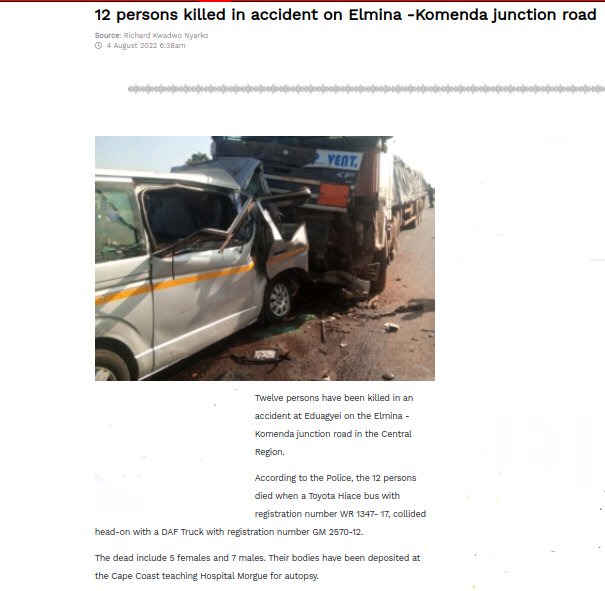 As a result of the accident, one person sustained injuries and was sent to the hospital in an emergency.

According to the post that I found on myjoyonline.com, "The Ghana National Fire Service claims that, they received the distress call at 15:50hrs from a Police officer, and their rescue crew was swiftly rushed to the scene from the Elmina Fire Station."

"They found only one person alive," the team from the Fire Service said after their exhaustive search for survivors. In the meantime, it has not been established where the driver of the DAF Truck is currently located.