As a result of an accident on the Gomoa Buduata road, two drivers are said to be in severe condition and on the verge of losing their lives.

According to accounts, a Toyota Highlander, Hyundai Elantra, and Toyota Vitz passenger car were involved in the accident.

The inbound Toyota Vitz was also involved in the crash, although no one was hurt.

According to information from witnesses and health specialists, the drivers of the Toyota Highlander and the Hyundai Elantra are in severe condition and face death.

AdomTV reportedly stated that two of the drivers had been pronounced dead, while five others were remained in severe condition. Adom TV will interview the driver later. 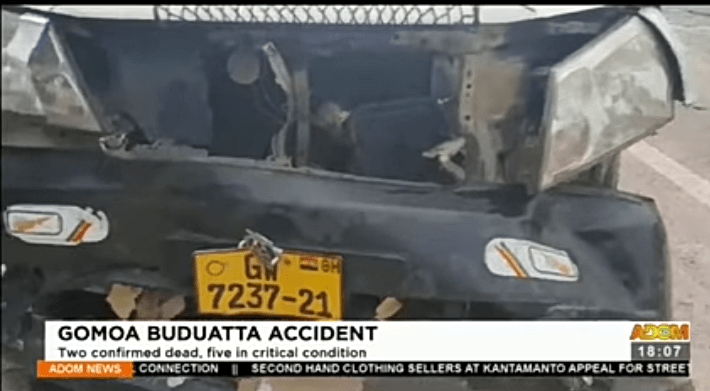