By Ccobbina (self media writer) | 15 days ago 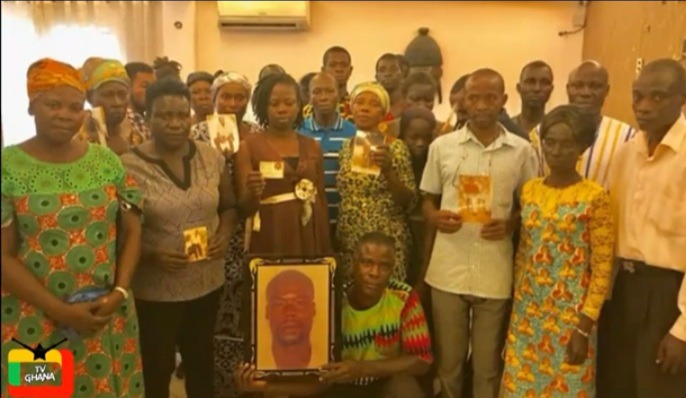 Martin Kyere was among the Ghanaians who were travelling to Europe but were killed at Gambia has shared a chilling account of what happened to them. More than Forty-four people were killed at that time, this man was the only one who survived. According to Martin, in 2005 he was travelling to Europe with some people and they got to Senegal, they got a captain of a ship who assured them that he will take them Europe.

They were about 56 and 44 of them were Ghanaians, when they got to Gambia, the Authorities arrested them at a beach and took all of them to the police where they were beaten. These people never knew that they were going to die. They thought that they will be taking to court but it never happened like that. Martin said, they spent some days at the police station and were taken to a house where soldiers and police was in that house.

The police then tied their hands at night and were taking to a forest where those people were being killed. Fortunately for Martin he was able to remove the rope and jumped out of the car and started running away, the soldiers were shooting at him but he was able to escape. He spent some days at the forest before going to Senegal where he was sent back to Accra.

When Martin came back to Ghana the news was already trending that 44 Ghanaians have been killed in Gambia. He said since that day, he has not seen those people he was travelling with again. He thought that they will get some compensation and also get justice for those who died but up till now nothing have been done. According to investigation, it was the former President of Gambia, President Yahya Jammeh who ordered the soldiers to kill them.