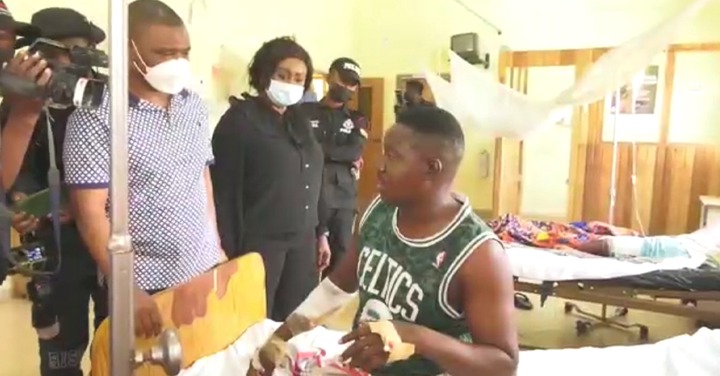 The tricycle rider who is alleged to have caused the accident in the deadly disaster that happened at Apiatse in the Prestea Huni Valley Municipality of the Western Region has shared a heartbreaking account of how the entire accident occurred. Since the news broke, the tricycle rider has been at the center of the entire brouhaha with many faulting him for causing the accident.

Initial reports indicated that the tricycle collided with the explosive vehicle and that triggered the entire disaster, but the rider holds a different opinion. During a visit by the vice president and his entourage to the hospital where the rider is currently on admission, he revealed all the hidden details.

He could be seen lying on the hospital bed with police officers guarding him under arrest. Since he is alleged to have caused the accident, they are waiting for him to be treated for the laws of the country to deal with him accordingly. 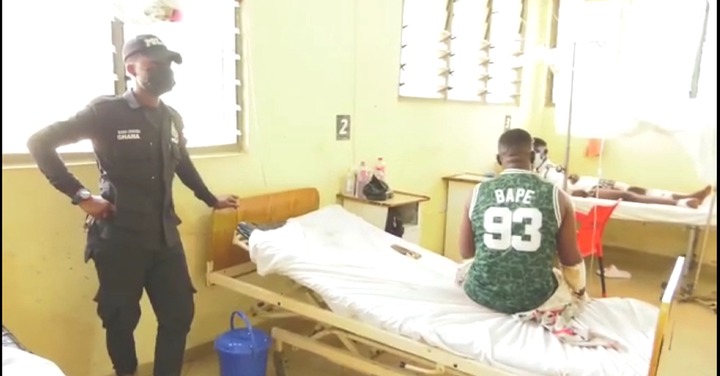 The rider, whose name is immediately unknown indicated that he was using the main road when another vehicle hit the back of his tricycle. He adds that he lost control and before he realized, the explosive vehicle was already close. He tried to save the situation but he was very close to the explosive vehicle and that triggered the fire. The rider believes that the vehicle that hit the back of his tricycle caused the accident and not him.

He has sustained minor injuries in the thigh and legs. The driver of the explosive vehicle is also reported to be receiving treatment at the hospital. However, he has since not been spotted. The two were saved because they noticed the veracity of the explosion earlier and decided to run for their lives. The driver for example is reported to have moved to the school in the community and pleaded with authorities to vacate the premises. 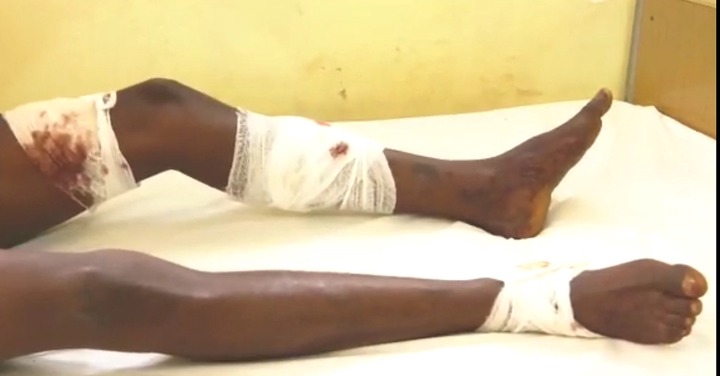 Both the motor rider and the explosive vehicle driver will be made to face the laws of the country in due course. They will have to provide answers to the entire nation on how the accident happened. If found guilty, they could face punishment including a prison term. For now, they need to be treated before their fate will be determined. It has also been established that the motor rider is a resident in the area and has been working there for many years. In the meantime, the Tarkwa government hospital is still treating many of the injured victims.