Not long ago, there was a news circulating online which indicates a boy was stolen inside a sac but luck located him and he was able to come out and escaped. Narrating the story by himself, he said some men grabbed him and put him inside a sac and decided to run away. But his mother sent him to buy blade so he remembered the blade was inside his pocket and he used it to cut the sac and run away. The story spread all over the country as police even started investigation over the matter. 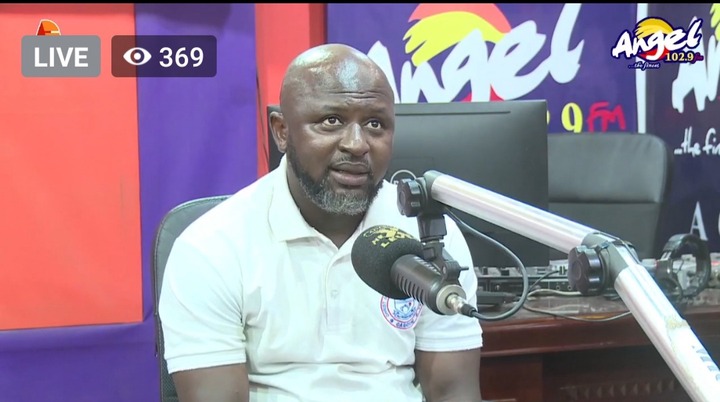 The rate at which the news was spreading was very fast which made many to believe in the story. Radio and television stations were also discussing and deliberating over the issue. Today, during the orgasm news on Angel FM, the child and the father appeared at the station to clear the air about the matter. According to the father, he has no idea about what his son did. He also saw the news on social media and decided to threaten him (the boy) to tell him (the father) the truth. He told his son to show him the location where the incident happened and the boy couldn't. 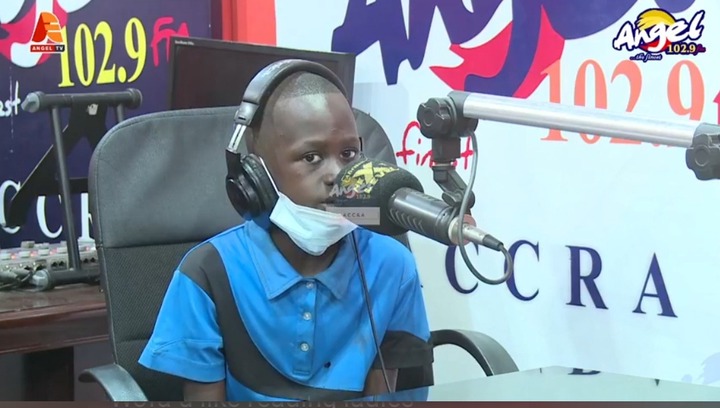 According to the father, he lives with Philip and the step mother which is his wife in the same house. So he went to work and his wife called that she can't find her phone. He then told his wife to ask Philip since they are in the same house. They asked Phiilip and he said the phone is at an uncompleted building. He went there to pick the phone but the case which is protecting the phone was removed. He told Philip to go and bring the cover and that was all. Only for him to get a call that his child has been kidnapped.

He got some of the videos and he rushed to the alleged crime scene. The man did all he could to ascertain the truth and Philip finally told him that he was lying and it was never true he was kidnapped. So it is because of the phone case he misplaced and out of fear, he created that scene. When Kwadwo Dickson interrogated the boy and asked why he did that, he couldn't say anything. He doesn't have anything special why he decided to stage that. 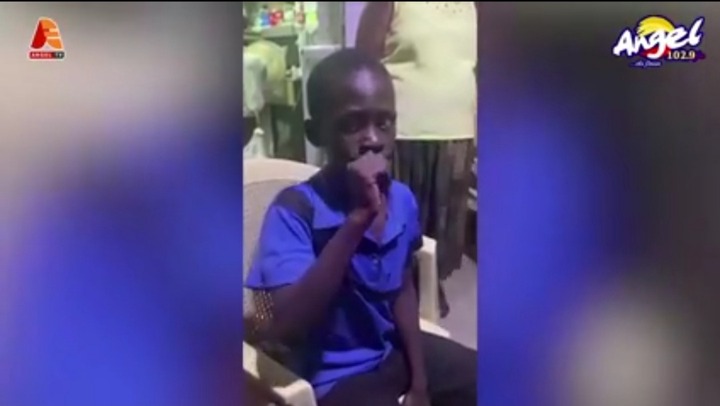 It is just out of stubbornness that he did that. There was even heavy security presence at the scene. The police followed his father to the house and the man explained everything to the police and one CID even told the father to be extra careful with him else he will find problem for him. The father went to the FM station to clear the air because of the fear and panic the child caused. We thank God the issue was not true because there has been a lot of ritual killings in the country recently.

At the age of 16, I skipped SHS and went straight to university.