The Kumasi Sofoline Super branch chairman of the Ghana Private Road And Transport Union (GPRTU) Mr Albert Kwasi Boamah has expressed worry that the leaders of the country always pay less attention to issues that need urgent solutions until something serious happens before they take steps to address it.

Chairman Boamah who was speaking to the Opera News Content Writer King Amoah in Kumasi was reacting to the situation where the authorities have been allegedly refused to fix the damaged traffic lights at the Sofoline highways that have been abandoned since 2020.

Mr Boamah underscored that as one of the managers of the Sofoline lorry terminals, he had took the pain to get the Sofoline police, the Municipal Assembly and Urban Roads informed, but the damaged traffic lights remains unfixed.

According to the chairman, on Monday March 16 2020, at about 2.30 pm a driver, driving a car with registration number GR 2679-13 and loaded with timber logs was said to have incidentally crushed the traffic lights.

Mr Boamah reiterated that the case was reported to the relevant sectors with the anticipation that they will collaborate with the car owner to maintain the lights but to date nothing shows that some body has taken action.

Mr Boamah's worries are that apart from the threat that the absence of the traffic lights pose for both passengers and pedestrians in the area, school children who cross the roads to attend classes at the Prempeh Basic, Junior Secondary School and the College respectively are the worst victims.

The chairman stressed that the situation has forced him to engage himself as a volunteer to wake up early and go to the area to help school children to cross the road to their schools. 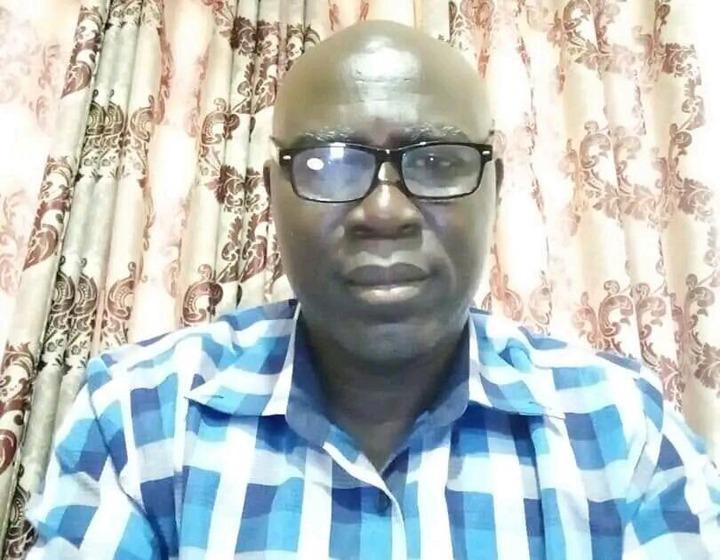 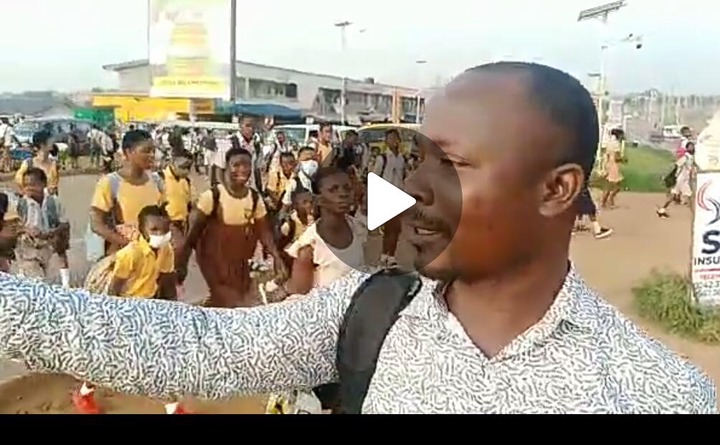 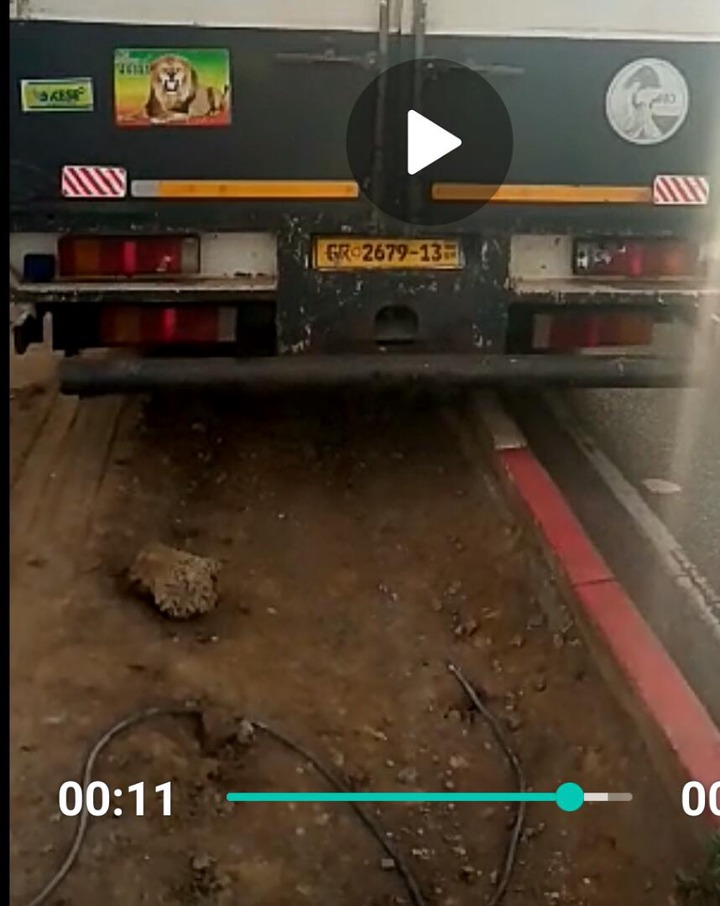 passengers and pedestrians to cross the road from one end to the other.

Mr Boamah described further as unfortunate that inspite of the absence of traffic lights, one was expecting that a zebra sign paintings would be used to replaced temporary, no indications have guarantee that such facility would be brought there.

Boamah conceded the fact that though he himself and some few security men have been controlling the Sofoline traffic issues to save soul, the efforts they are making are not enough since the area occupies four lanes that are actively used by vehicles.

Calling for an urgent measures to fix the damaged traffic lights before a serious accidents occur, Boamah also appealed to the authorities to provide the area with zebra crossing to enhance traffic control, if they are not readily prepared to fix the lights.

When this writer made enquiries from the relevant agencies for their side side versions ,they confirmed the traffic challenges at Sofoline.

But assured that efforts are been made to solve the problems, though a specific date was not given.

3.A concerned citizen helping some school children to cross the road.

4.The car which damaged the traffic light. 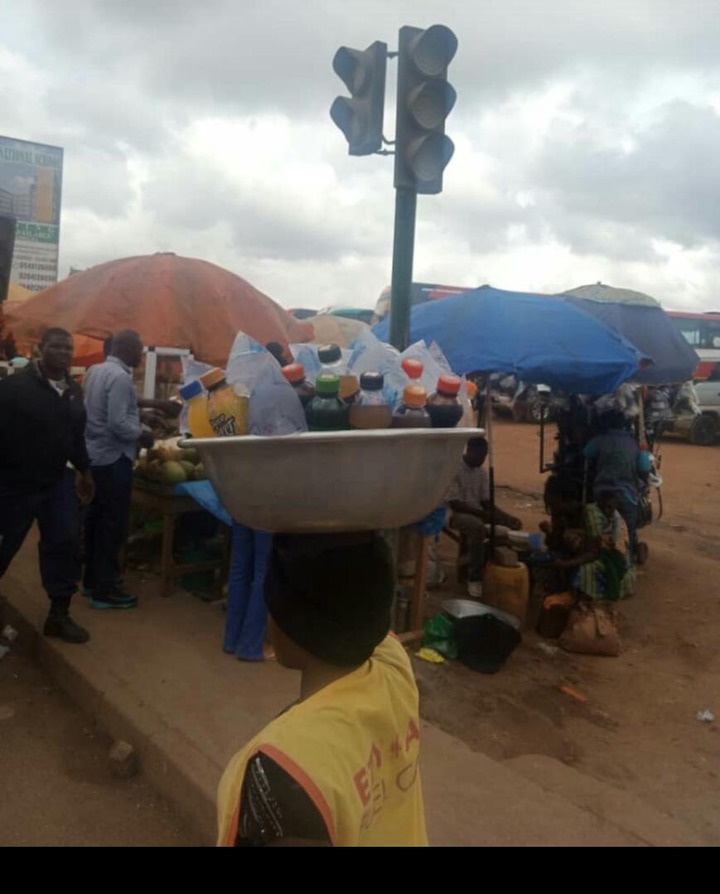