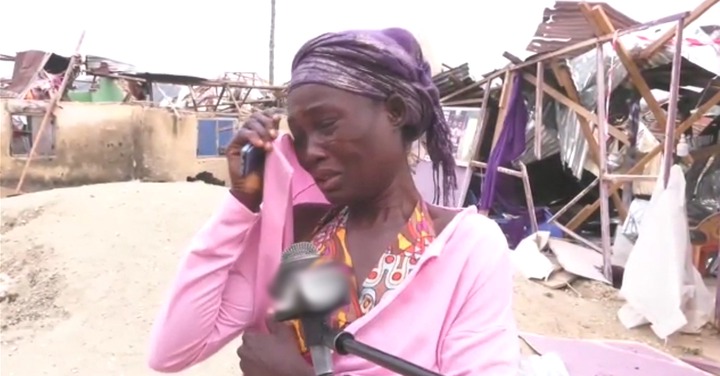 Residents at Apiatse in the Western Region of Ghana are still picking up the pieces from the deadly disaster that occurred in the community about twenty-four hours ago. Now, most of the residents have started counting their losses, they have realized that everything they worked for over the years has just vanished through the disaster.

Most of them are only surviving on donations from organizations and individuals. They have all been confined in a place where many people have queued up trying to identify their lost relatives. Mattresses have been made available to enable them to have a good sleep. But it seems some of them are still at a loss on how everything happened. 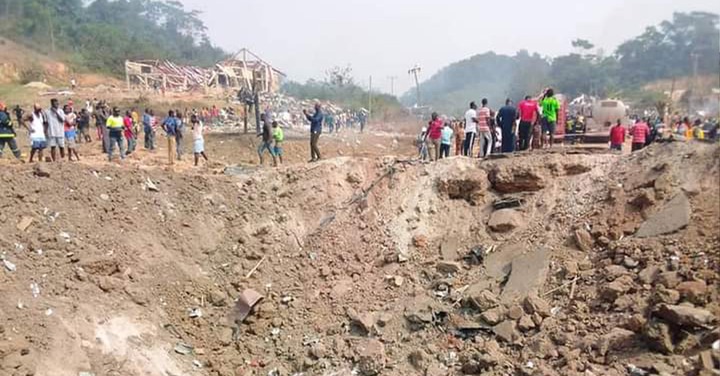 A woman, Abena has shared a stunning story from the disaster on how her son (Justice) died. She was divided between saving her son and grandmother. As the explosive vehicle caught the fire, she decided to help her grandmother by running with her in the nearby bush. At that point, her son was with them in the house. As she held the hand of her grandmother, she thought her son was following their path but the opposite was the case.

Here, the lady was divided on whether to leave her grandmother and save her son or otherwise, but justice was already gone without a trace. He had gone back to take recordings of the disaster with his phone but did not return. He was hit by the explosion and died on the spot. The lady, lost her son whilst trying to save her grandmother. 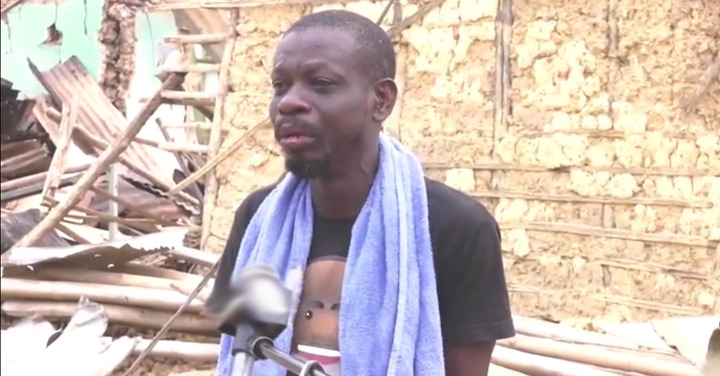 Another young man is shedding serious tears from the community after almost everyone close to him died in the disaster. He was in the company of a few friends when the disaster occurred, some of them decided to make video recordings of the event whilst others escaped from the scene. Unfortunately, most of his friends who decided to go close to the scene have all died.

Narrating the sad story, Kwabena Annan who could not hold on to his tears indicated that most of his friends have died through the disaster. He recounted a situation where he tried to save one of them but he was already dead. Immediately after the explosion, one of his friends who were close to him had his legs and other body parts badly injured. He, unfortunately, died on the spot. 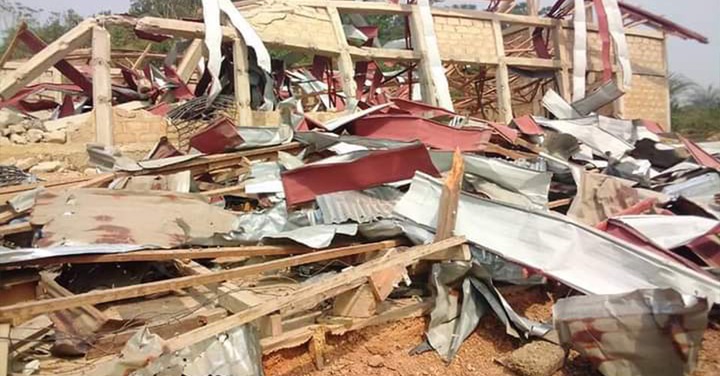 He has since not seen those who also vanished from the scene. He is unable to tell if they are dead or alive because none of them have been contacted. He appears to have been left alone and does not know what to do. This is such a sad story that has happened to the young man.

To Kwabena Annan and this woman, they have lost important persons in their lives and would need time to heal the pain.

Know your financial fate with the Money Line in Palmistry

Manasseh Azure responds to the allegations leveled against the former PPA boss.