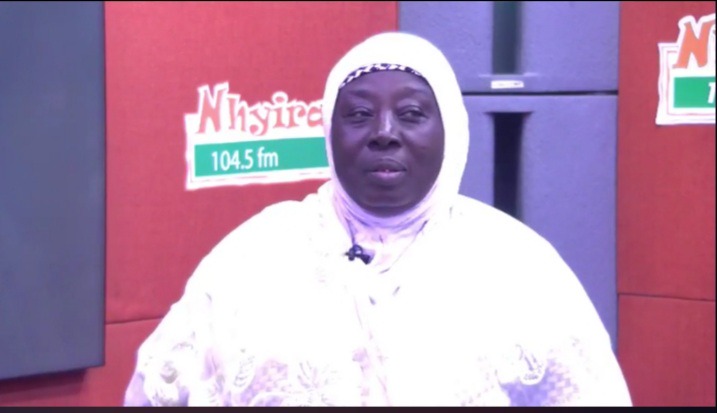 A Muslim woman called Marama Bushira shares how her 13 years old grandson ran away from home after he closed from school a month ago. According to the woman her son known as Alhaji Saliki got married before he travelled out of the country to work. Few months later a lady named Esther came to her house with a child claiming that her son got her pregnant before he travelled. She didn't accept the child because its against their religion for a married man to give birth with a sidechick.

Marama said she told Esther to have patience for her son to come back to Ghana before she will allow the child to stay with her. The woman added that her son too confirm that he is the father of Esther child when he came home two years later. The lady too left the four year old child with them and she travelled back to her hometown. Mariama went in saying that she took good care of the young boy named Abass for 9 years now without the lady coming back to look for him.

Few month ago the child's behaviour changed when he started meeting his mother, he even ran away from home and went to her mothers house without their knowledge after he closed from school. Since that day, she has not set her eyes on the child again. The woman is asking Esther to tell them the truth about the paternity of her grandson, she also said she will collect all the money she spent in catering for Abass if they found out that he is not her son's child.

According Esther Saliki lied to her and travelled without informing her after she gave birth with him. Two years later the man came back to Ghana and apologize to her to forgive him, they stayed together again for some months before breaking up again. Saliki sent her son to stay with his mother without giving her any information.

She couldn't do anything about it at that time so she moved on in life. Few months ago, she told her ex-boyfriend to bring back her son, although he agreed with her, but the child came to her house one evening. Esther admitted that she did wrong for not sending him back to Marama. The lady said the guy was aware that Abass is staying with her but his mother is annoyed and even doubting the paternity of the child.