Speaker of Parliament has directed the Roads and Highways Minister, Kwasi Amoako-Attah, to reverse the decision to suspend collection of road tolls. 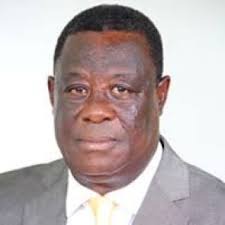 In the picture is the minister of highway and roads Honourable Kwesi Amoako Atta.

The Speaker said in Parliament on Thursday November 18 that the Minister who is also Member of Parliament for Atiwa West acted wrongly by issuing that command.

“These are policy proposals that the Minister of Finance has submitted to the House. Until they are debated and approved nobody has the audacity to begin implementing something that does not exist.

“Does [the road minister’s order] amount to a disrespect of the House? That is where I may differ. The speaker quizzed himself.

“The Minister of Roads and Highways, because this is not a court of law, might have misconstrude  or wrongly applied the law and so it is for us to bring to his attention and make it known to him that you have no such audacity. Irrespective of all the legal and linguistic gymnastic that have been displayed , it is very clear that what the minister planned to do he had no such power to carry it out. He said enphatically during the debate. 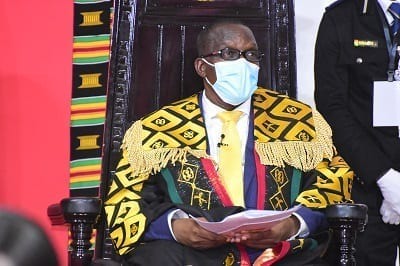 In the picture is the speaker of parliament Right Honourable Albany Bagbin.

“I want to clearly direct that what the Minister has released is complete Brutum Fulmen, it means it has no substance , it has no influence and for that reason I call on him to honorably reverse that directive. Failure to do so will be a severe breach of the order of the speaker and that would counter mount to contempt of parliament.