Kasoa In The News Again; Another Young Boy Struggles For Life After Being Set Ablaze

By Dawuro (self media writer) | 1 year ago 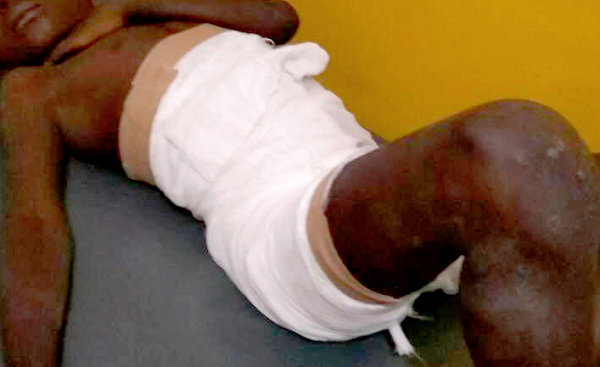 Kasoa is gradually becoming a den of many bad happenings in the country; from armed attacks to young men indulging in money rituals. It is gradually attracting the tag as Ghana's most dangerous den.

After the weekend shocker where two teenagers murdered anther teenage purportedly for money rituals, another young person has been abused at Galilea, a suburb of Kasoa.

The latest news is that a ten (10) year old young boy has been set ablaze by another boy whose age is now in contention.

According to UTV reporter in the area, a boy called Azumah aka Hammer was playing with petrol and fire on the street when the young boy came by. The said Hammer called the boy and asked him to help him by lighting a flame after he (hammer) has finished shaking the petrol.

“In the process, Azumah (Hammer), out of desperation, poured the petrol on the boy which then attracted the fire, leading to the extreme burns that the young boy has suffered," he told Afia Pokua on UTV midday news.

According to him, the contention over the real age of Azumah started when he and his father gave different ages to the Police when he was arrested, adding that he has been released.

“When he was arrested, Azumah told the Police that he is 18, but when his father came, he denied that his son is 18, rather 14 years. He has been released and walking about without any remorse. The police said they will take the issue to court, but as we speak whether the case will be taken to court today or tomorrow, nobody can tell," he stated.