Sitting in front of the Nsawam police station with her hands supporting her chin, was the 40-year-old wife of Maxwell Ajin. Vida Ajin, the wife of Maxwell Ajin, was apprehended this afternoon by the Nsawam Divisional Police Command when she was named in a robbery this morning at Dobrokrom; a suburb of Nsawam.

With a saddened face, Vida could not deny whether she was guilty of a crime or not. She feels remorseful, please forgive her, the Oyoko Abusuapanin of Dobrokrom said to the police before Vida was taken away to the station this afternoon.

Vida, 40, had on 11 January 2022 made plans to rob her husband when her husband denied her some money. The money, Eight Thousand Cedis, was to help Vida fly out of Ghana on 28 January 2022 but the husband, Maxwell, had denied giving out such an amount to Vida after Vida herself failed to tell him about her travel plans.

An old classmate of Vida, Aboagye Peter, living in Detroit, USA, had helped Vida secure a visa to the US but was left with money for a plane ticket. Vida who was first scheduled to leave Ghana on 4 January 2022, was unable to do so when she couldn't raise the money for her ticket.

Vida then decided to tell her husband of her travel plans on 5 January, but the husband turned her down after the husband claimed he knew nothing about Vida's plans to the US. You hid a travel plan from me after all these years of marriage, and expect me to pay your plane ticket, that will be over my dead body, Maxwell said to Vida's family on 9 January after the family had invited him over to plead on Vida's behalf.

Maxwell refused to pay the plane ticket and asked his wife to go find help from anywhere she wants. The marriage itself is over. I can't live with such a woman again. If you had good intentions for me and the kids, you could have told me about this, Maxwell repeated himself on 10 January when the Oyoko family of Vida Ajin went over to plead for a second chance for Vida.

We had no idea the money was coming from her husband. We didn't know it was her husband we were going to rob until last night. She told us she needed money to buy a plane ticket and if we help her, she will remember us when she travels to the US, Philip Achiaw, the lead robber said to the police this afternoon. 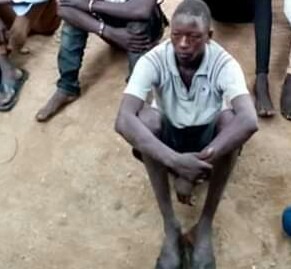 Maxwell, a cement and iron rods trader, was at his shop preparing to close when seven men barged on him last night, and took away all his sales. A total of Twelve Thousand One Hundred and Ninety-Four Cedis (¢12,194.00) was stolen from Maxwell last night when he was preparing to close his shop.

Maxwell alerted the Nsawam Police after the robbery and through investigations, the police arrested all the seven robbers this morning. It was after the arrest, Philip Achiaw, the lead robber named Vida, the wife of Maxwell as the master planner of the robbery. 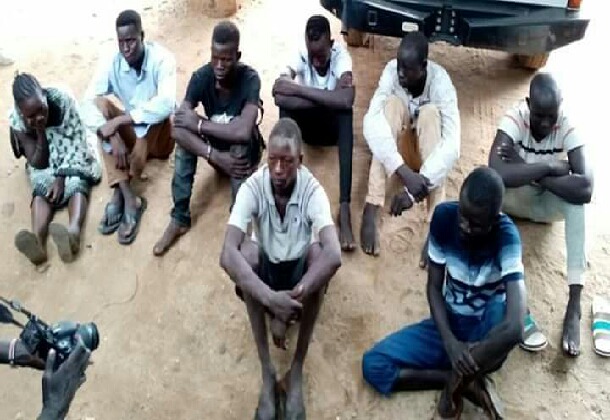 Vida hasn't made any statement since her arrest. Her family, the Oyoko family, has been pleading with the police and Maxwell to have leniency on Vida but that has ended on deaf ears as the police prepare Vida for court. Vida together with the seven men, will be facing the Nsawam District Court 1 tomorrow for robbing her husband of over twelve thousand cedis.