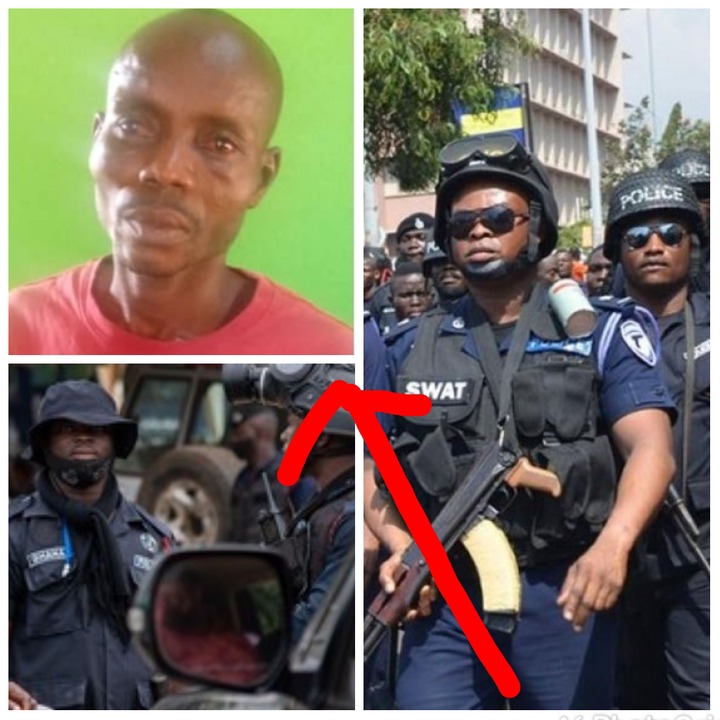 Had it not been some good samaritans in the Seneso vicinity who Overpowered the wicked teacher, a Popular Seamstress by name Madam Mary Nimotina Naabo would have been killed by him ( the teacher). The notorious teacher who committed this act was caught red handed trying to stab the innocent Seamstress.

The Atebubu Police command in the Bono East Region also confirmed the arrest of the 27 years old young teacher Isaac Yamba . He has subsequently been charged for multiple offence of armed robbery and attempted murder.

The accused reportedly attempted to commit the act to take the Seamstress handbag carrying some unspecified amount of money and other precious valuables. He had traced and spied on her movement before laying ambush on her.

When he was besieged, he reportedly tried to hop on his motorbike with registration number M-19-AS 3638 to ran away. The determined rescuers however resisted his attempt and handed him over to the Atebubu Police. That didn't happen until he was given some severe beating.

The Atebubu Police command further assured the public of digging deep into the matter to prosecute the young teacher.

What at all will compel a professional teacher to become an armed robber ? This is really sad worth condemnation. 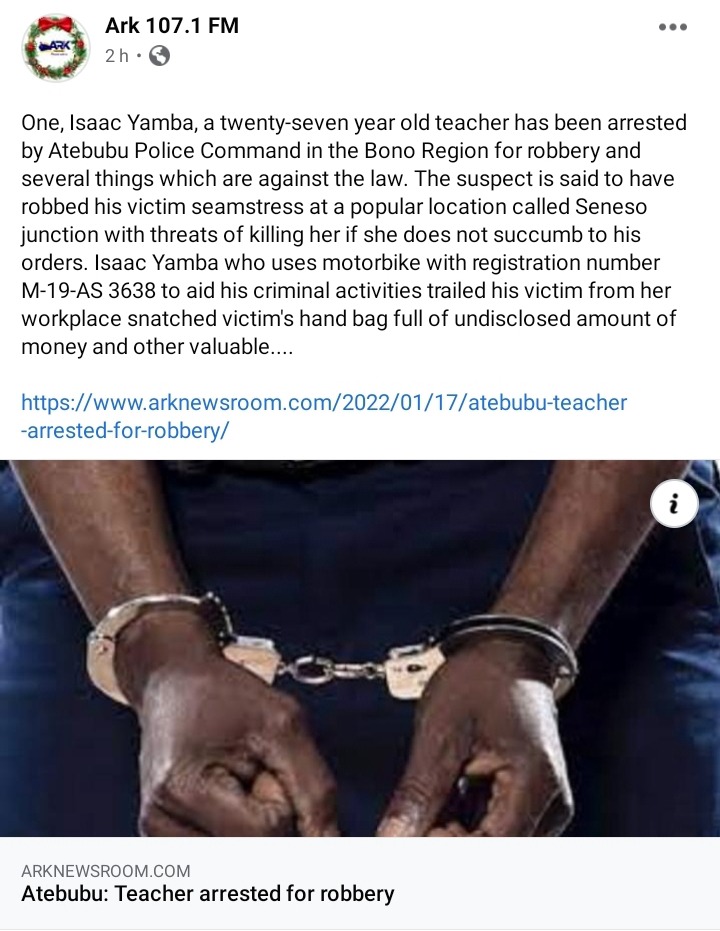 Ghanaians Have Never Had A Good Week Under Akuffo-Addo; You Need A Certificate If You Survive Him.

From Nkoranza To Bibiani: Another Confusion In Greater Accra Region; Police Intervened.