A 35-year-old taxi driver has claimed to have killed several people for rituals purposes.

He has since been arrested by the police department assisting investigations.

He will be arranged before the court on Monday 13th, September 2021. The police command effected the arrest of this taxi driver with his alleged involvement in several killings.

According to a report released by the police, Felix Ansah 35 have made allegations in a television interview with Captain smart on onua tv on 2nd September 2021.

The police have commenced an investigation into claims made by Felix Ansah, a taxi driver who gave this account on onua tv show called maakye hosted by Captain smart on the above-mentioned date.

He averted that he had killed several persons for the ritual purpose of which some of his victims include pregnant women, he stated. 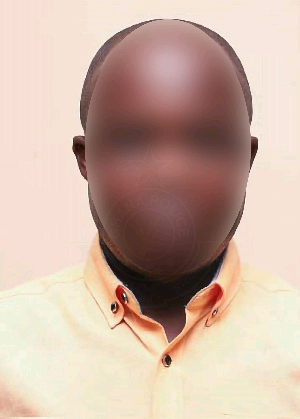 committing such acts, he was arrested to assist the police in the investigations to bring finality into this matter.

The police said he will appear before the court on Monday 13th September 2021, to be remanded into police custody for a thorough investigation into the substantive issues.

The statement signed by the acting Director-General, public affairs of the police command, and Assistant Commissioner of Police Mr. Kwasi ofori. Stated. 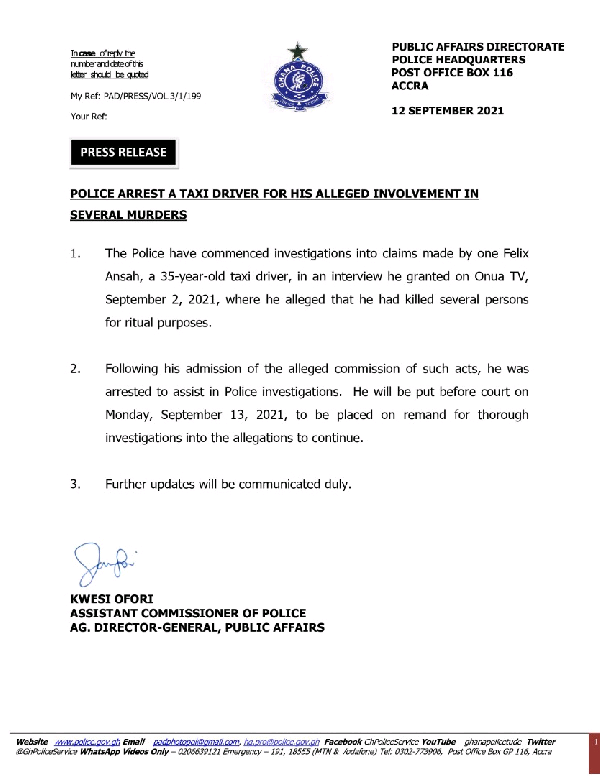