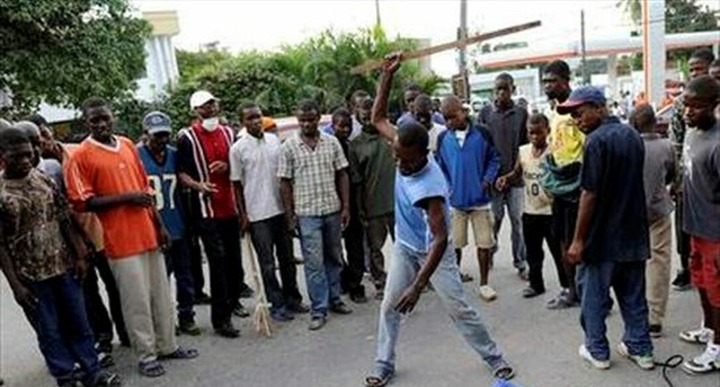 The Police of Kunsu has been successful in the arrest of five persons, who were believed to have taken part of the murdering of a 29-year old man yesterday. The man Isaac Nortey Annan, was murdered yesterday in cold blood, over a thing he knew nothing about. Isaac was walking to watch a football match from one of his friend's dstv, when he heard people shouting for a thief. He doesn't own a flat screen with Android settings, and had to visit a friend who owns one, so they could have both watched the foreign match together, but he met his death instead. He was walking at the Kunsu foot path, the same road that leads to the Kunsu city, a community for developing buildings. The Kunsu city is filled with new people who have bought lands and are developing the place, and it was named Kunsu City to portray it's beauty.

Nortey Isaac was on the small route road that leads to the Kunsu city, when someone overpassed him with a full speed. By the time he could realize, the person has disappeared that, he couldn't even trace his whereabouts. He continued his journey, as he was walking. Just forty seconds after the person overtook him on top speed, a group of boys surrounded him from the back, and beatings was nothing to his skin. He was slapped from behind, hit with woods and other things, before he could even talk. The group kept beating him before sending him to the community centre, where others added to the beatings.

Maame Yaa Yaa, who was the victim to the robbery incident, came to the scene when she heard they have caught the thief who had stolen from her. Maame Yaa Yaa was home when she heard sounds from his ceiling. She thought it was the cats playing on the ceiling and never bothered. She went out to take her bath and came back to meet a full grown man in her room, searching the whole room for money. Maame Yaa Yaa showed the man where she had kept her savings from her drinking spot, when the thief pointed a cutlass at her.

She was no meat to the man who was standing in front of her with the cutlass and gave him everything. The man walked out of her room in peace before others sensed he was a thief. He was traced and traced before they came to meet Nortey Isaac, who was using the route the thief used in disappearing. The youth gave him several beatings for stealing the woman in broad daylight, whiles Nortey laid there defenceless. He wasn't given a chance to speak, not even say who he was. Maame Yaa Yaa when she approached the scene for her money from the thief, found out it was Nortey. She shouted for them to stop, because it wasn't him who was the man who robbed her.

Nortey Isaac died on the road, whiles they were on road sending him to the hospital. The family of Nortey was called to the scene, and the mother whom Nortey was the only child to, collapsed after they told her about Nortey's death. Maame Yaa Yaa was not arrested because of her lack of involvement in the lynching, but she was invited to help with investigations. The police of Kunsu has since this morning, arrested five people who are cooperating fully with the police in the death of Nortey. The thief was not catch, and Nortey was murdered for been a thief. 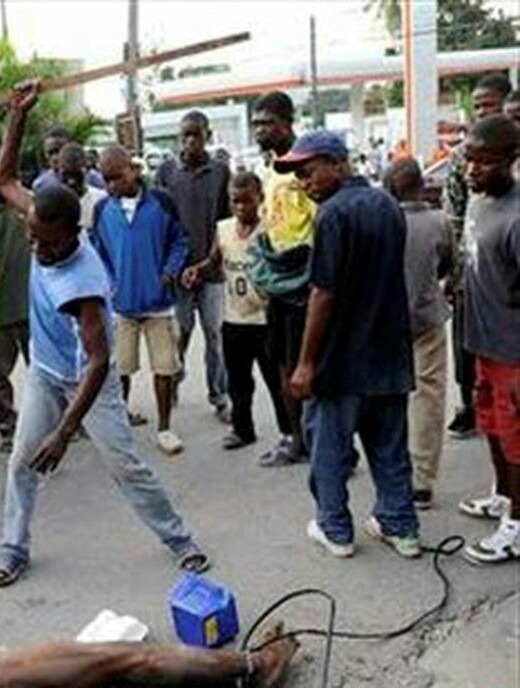 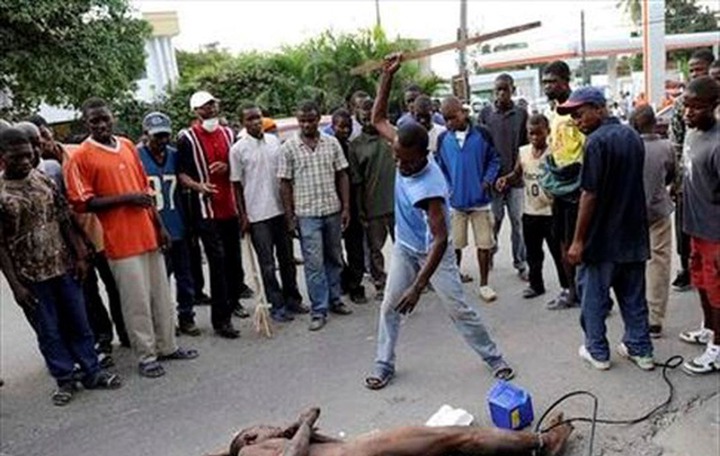