The world we live in is full of mysteries and miseries. With a little mistake someone can just end your life for no tangible reason. People are too desperate in material things which we all will leave behind and chasing money like a hunter chasing an Eagle. I will call all these things as vanity. What will one gain after eliminating his or her fellow because of little misunderstanding? 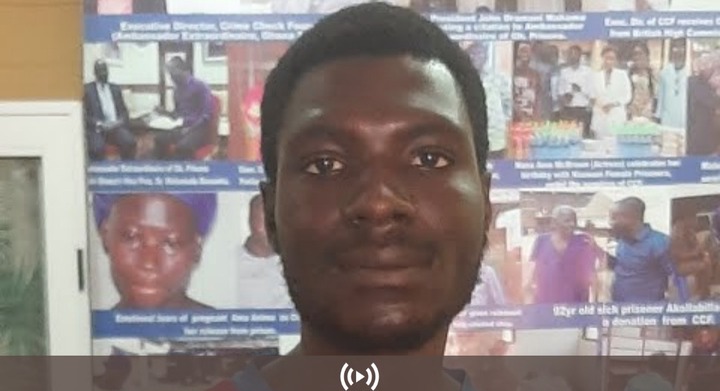 One man has narrated a sad story that took place in Assin Fosu on Crime Check TV with Mr. Ibrahim Kwarteng. According to him, he is an electrical engineer by profession but because of his strength and energy, his uncle always hire him to weed his farm and do other things for him aside his work. So one day his uncle called him to discuss something with him. His uncle told him it is very confidential and because of his strength he thinks he can execute the work for him.

He was thinking about something different not knowing his uncle wanted him to kill someone he has had an argument with over a land. So in other words his uncle wanted him to be a contract killer. He said it dawned on him the moment his uncle said that but later accepted to do it because he was scared if he rejected, his life would be in danger. His uncle gave him a gun which is a locally manufactured pistol for the exercise.

He thought is wise to inform the man by name Kwamena Hayford whom his uncle wanted him to kill. He called him via phone and narrated all what his uncle has planned to do to him. Mr. Hayford initially didn't believe but the guy was fast enough to record all the previous calls he made with his uncle. He then forwarded to him and the man reported the case to the police. He went to the station with Mr. Hayford and sent his phone as a source of evidence to the police. He played all the voice messages and how his uncle plotted everything. Despite the voice messages and all the evidence, the police put him into cells in a handcuffs. 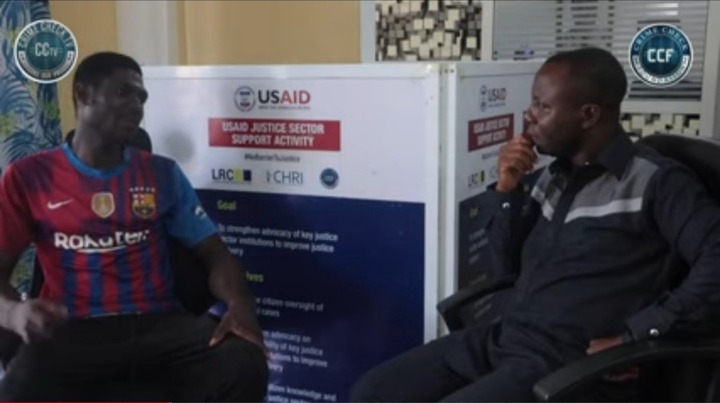 He said the police officer told him he has left the keys of the cuffs in the house so he was still in the cells with the cuffs on his hands. His uncle was then called to the office and denied everything. His uncle was later arrested for investigations on the issue. They were granted a bail of 10,000 cedis and a property worth 150,000 cedis. He couldn't meet the bail terms but his uncle was able to escape because he is a chief and some of his colleagues came and bailed him. He spent months at the cells before his sister struggled to bail him. 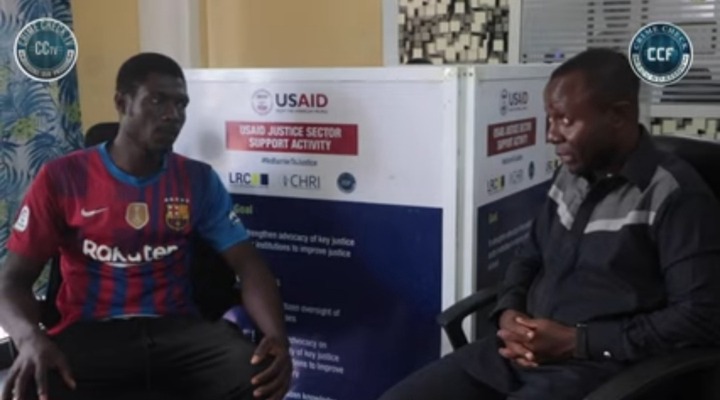 He also revealed that since last year (2020) till now all his phones he used to make the recordings are in the custody of the police in the name of using it for investigations. This young energetic man said his life is in danger now and he is walking about in the streets of Kasoa without doing anything. It is too sad for an informant to become a suspect for trying to save someone's life.